You are here: Home / Obituaries / Maria Emilia “Millie” Will 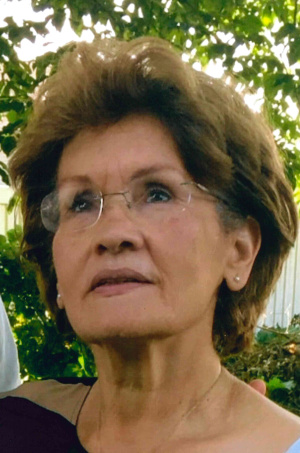 Maria Emilia “Millie” Will, 74, of Lancaster, peacefully passed away, surrounded by her family, on Sunday, August 11th, 2019 at The Bob Fryer & Family Inpatient Center in Mount Joy after a long illness.

Millie was born on May 4th, 1945 in Juana Diaz, Puerto Rico to the late Julia and Juan Miranda. After graduating high school, she moved to New York City, where she married Henry Will and mothered their three children.

A resident of Lancaster since 1989, Millie was a devoted congregant of the local Kingdom Hall of Jehovah’s Witnesses. She was known to be an avid gardener and a great cook, and could often be found tending her garden or lovingly preparing meals for friends and family.

In addition to her husband of more than 40 years, she is survived by her three sons, Henry Jr., Dan and Bryant “Troy” Will; a daughter-in-law, Lori Deck-Will; four grandchildren; five sisters, Rosaura Loperena, Carmen Correa and Elia, Aida and Nelida Miranda; two brothers, Carlos and Armando Miranda and many nieces, nephews, cousins, in-laws and friends.

A Memorial Service will be held at the DeBord Snyder Funeral Home, 141 East Orange Street, Lancaster, PA, 17602 on Saturday, August 17th, 2019 at 12 PM with interment at the Millersville Mennonite Cemetery following the service. Prior to the service, friends are respectfully invited to join the family beginning at 10 AM for the viewing.

Offer Condolence for the family of Maria Emilia “Millie” Will