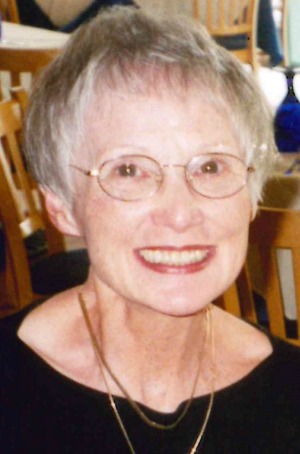 Margaret “Peggy” Anne Thomas, of Willow Valley, loving wife of Dr. Stephen Charles Thomas, passed away on September 29, 2018 at the age of 82 after a long illness.  Peggy was born on August 15, 1936 in Philadelphia, Pennsylvania to the late Albert and Louise Elizabeth (Page) Schroeder. She was a 1957 graduate of the Presbyterian School of Nursing in Philadelphia, and worked as a Registered Nurse in Philadelphia and Maine before moving to York in 1961.  Peggy spent many years in York working as receptionist and bookkeeper at her husband’s dental office.  She loved getting to know the patients and learning about their families and lives.  Peggy was an active member of St. Edwards church where she served on Altar Guild and enjoyed participating in the Knit Wits group.

In addition to her husband of 58 years, Peggy is survived by her son Stephen (Lisa) Thomas of Woodstock, Georgia, and daughter Gweyn Thomas (William Morse) of Brentwood, Tennessee; grandchildren Stephen Thomas, Paige Colaberdino and Thomas Colaberdino.  Her sister Louise (John) Tumolo of Elizabethtown, twin sister Mary Stauffer of Landisville, and many nieces and nephews, also survive her.

Relatives and friends are respectfully invited to attend a Memorial Service at St. Edwards Episcopal Church, 2453 Harrisburg Pike Lancaster, PA 17601 on Sunday, October 14, at 2:30pm with Reverend Stephen C. Casey officiating.  Friends may greet the family from 1:30pm until the time of service.  Interment will be in the St. Edwards Memorial Garden.

In lieu of flowers, contributions may be made in memory of Peggy to St. Edwards Episcopal Church.

Peggy’s family would like to express their deepest appreciation to the caregivers who were so loving, compassionate and kind to her during her illness:  Linda of Connections at Home; Ariel, Heather and the staff at The Glen at Willow Valley; and Nancy and Keily of Caring Hospice.

Offer Condolence for the family of Margaret “Peggy” Thomas