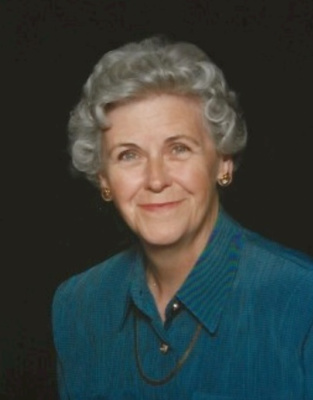 She was the wife of the late M. Duffield Harsh, to whom she was married for 62 years until his death in 2019.  Born in Bryn Mawr, PA, she was the daughter of the late David T. and Margaret Drummond Jervis.  She was a graduate of the University of Pennsylvania, Philadelphia, PA from which she received her Bachelor’s and Master’s Degrees in Music Education.

Mrs. Harsh had been a music teacher in the Lancaster Country Day School for 19 years before her retirement in 1992.  In 2002 she was awarded the title of Honorary Alumna of the school.  Her early teaching years were spent in the Folcroft Borough School, Folcroft, PA and in the Radnor School District, Wayne, PA.

Mrs. Harsh was a sixty-four-year member of the First Presbyterian Church of Lancaster, where she served as a Ruling Elder. She assisted with the work of the Chancel and Children’s choirs for many years. Both she and her husband were members of the Chancel Choir for 57 years before their retirement from it.

She was a long-time performing member of the Musical Art Society, in which she held the position of Choir Director for several years.  She also served in the capacity of Treasurer for three terms of five years each.

During her retirement she was director of the Grandview Singers for three years, then became director of the Lancaster AARP Chorus for 16 years.  These were both volunteer positions.  She took these choruses to perform at nursing homes and retirement centers.  She also participated in the Meals-On-Wheels program for many years.

Surviving is a daughter, Constance D. Harsh of Hamilton, NY; a son, Edward D. Harsh (husband of Margaret Kampmeier) of New York City; and one grandchild, Andrew D. Harsh.  In addition to her husband, she was predeceased by two brothers, Walter in 1983 and Samuel in 2009.

Relatives and friends are invited to attend a Memorial Service at the First Presbyterian Church, 140 East Orange St., Lancaster, PA on Monday, October 11, 2021 at 11:00 AM.  The family will greet friends following the service. Private interment will be in Old Leacock Presbyterian Cemetery.

In lieu of flowers, contributions may be made in Peggy’s memory to First Presbyterian Church (fpclancasterpa.org) or to Humane Pennsylvania (support.humanepa.org).  To leave an online condolence for the family, please visit www.DeBordSnyder.com

Offer Condolence for the family of Margaret “Peggy” Harsh