You are here: Home / Obituaries / Margaret May Freeman Adams 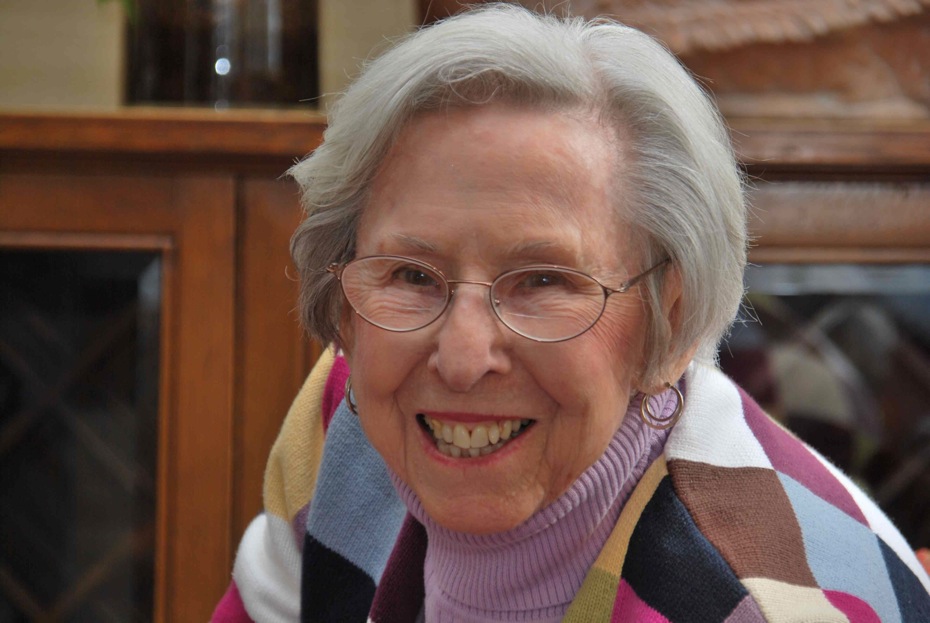 Margaret May “Peggy” Freeman Adams passed away October 15, 2016 at her residence at Masonic Village in Elizabethtown, Pennsylvania. She was born February 27, 1921 in Lancaster, Pennsylvania, the second of four children of the late Margaret May Hollinger Freeman and Clarence Calvin Freeman, Sr., a Lancaster area businessman. She was the wife of the late Robert Harvey Adams, Sr., a career US Army officer and State Department Foreign Service Officer.

Peggy attended Lancaster city schools.  She was a precocious performer and by age nine was a regular on the “Aunt Kit’s Children’s Hour” on WGAL radio and later had her own radio program on the same station.  She was a member of the Drum and Bugle Corps and Drama Club at Stevens Girls High School, a member of Reg Kehoe’s All-Girl Marimba Band and a vocalist with college bands at Lehigh and Muhlenberg colleges.  Dancing however, was her first love; she taught various forms of dance throughout her life and well into her nineties, was still performing with dance groups at Masonic Village. Professionally, she was an accomplished photographer and photo-colorist who later used her photography skills when working for the CIA.

In 1939, Peggy met her future husband “Bob” at a fraternity mixer at Franklin and Marshall College. They became engaged following his graduation from F&M.  In September 1940, Bob’s National Guard unit was federalized, thus beginning a 35-year saga of travel and in Peggy’s words, “great adventure”.  Peggy followed her husband to various posts, camps and stations throughout the United States, Europe, and the Far East.  When he left active military service and transferred to the U.S. Foreign Service, Peggy and her four children accompanied Bob on his assignments to Washington, D.C.; the Philippine Islands; the Republic of Vietnam and the Kingdom of Laos.  When her husband retired, they settled first in Beaufort and later Hilton Head, South Carolina but eventually decided to return home to Pennsylvania and chose Carlisle. Over their 54 years of marriage the Adamses traveled widely and that continued into their “retirement years” with extended trips to Europe, South America, and Canada. After her husband died, Peggy eventually settled at Masonic Village. Her adventuresome spirit sustained Peggy in her “widowhood” with solo trips to Europe and across the U.S.

Peggy was always committed to an active life style.  As a young woman, she was an equestrienne, tennis player and swimmer.  As her family grew and moved about, her activities changed but her high energy level never dimmed.  While residing for more than 13 years at Masonic Village, she was a regular visitor to the Life Center (gym), taught low-impact aerobics and participated in the annual Lancaster Senior Games, where over the years she earned numerous medals in different sports activities. Through most of her lifetime she was also a committed volunteer with organizations as diverse as the USO; American Red Cross; Girl Scouts and Boy Scouts of America; various church groups and choirs; a number of overseas charities and Masonic Village.

The long and joyous life of Margaret May “Peggy” Freeman Adams will be celebrated with a memorial service at Sell Chapel, Masonic Village, Elizabethtown at 1030AM, Friday, October 28, 2016.  Private burial will be alongside her beloved Bob in the family plot at Quarryville Cemetery. In lieu of flowers, she can be remembered with memorial contributions in her name to: Masonic Charities; Masonic Village of Elizabethtown; One Masonic Drive; Elizabethtown, PA 17022-2199.

Offer Condolence for the family of Margaret May Freeman Adams