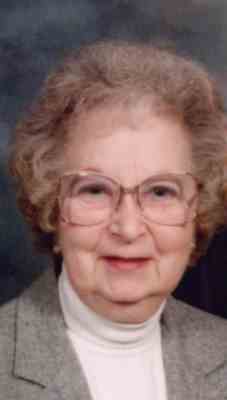 Margaret M. “Peggy” Koller, 89, of Lancaster, was called home by her Lord and Savior on Sunday, June 4, 2017.
She was married 69 years to Donald M. Koller. Born in Lititz, she was the daughter of the late Harrison and Ella Steinmetz Harmes.
Peggy had worked for many years as the manager of the Junior League Thrift Shop. She was a lifetime member of the Grace E.C. Church in Lancaster, where she had been involved as a Bible School and Sunday School teacher, was secretary/treasurer of the primary department and had spent many hours working in the nursery. She was an avid reader and enjoyed sewing and cooking.
Surviving besides her husband is a daughter, Deborah E. Koller of Millersville; a son, Kevin A. husband of Amy S. Henderson Koller of Lititz; and two grandchildren, Sarah Jo. E. Koller and Gabriella M. Koller. She was preceded in death by two brothers and three sisters.
A Funeral Service will be held on Friday, June 9, at 11:00 A.M. at the DeBord Snyder Funeral Home, 141 E. Orange St., Lancaster, PA. Friends may call at the funeral home on Friday from 10:00 A.M. until the time of the service. Interment in Riverview Burial Park, Lancaster, PA. In lieu of flowers, contributions in Mrs. Koller’s memory may be made to Compassionate Care Hospice, 1513 Cedar Cliff Drive #100, Camp Hill, PA 17011.

Offer Condolence for the family of Margaret M. “Peggy” Koller