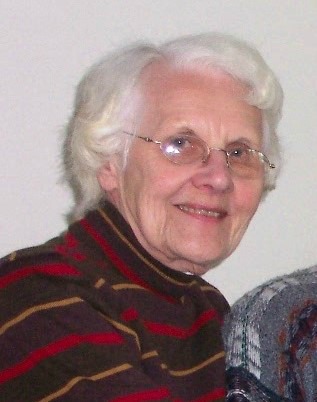 Margaret N. Bentz, of Lancaster, passed away at Moravian Manor on Monday, February 13, 2017, just two days short of her ninety-second birthday. She was the loving wife of the late Lloyd O. Bentz, to whom she was married for 62 years.
Born and raised in Akron, OH, Marge became a receptionist for Firestone Research Center upon her graduation from Garfield High School. There she met and married chemist Lloyd Bentz. The couple relocated to Lancaster in the early 1950s, and soon became active members of St. Matthew Evangelical Lutheran Church. Marge served on the Altar Guild, assisted in the nursery, participated in counting and recording offerings, and planted and maintained the church landscaping. In later years, she spent much of her time with her granddaughters.
The daughter of the late Henry and Elizabeth (Neiheiser) Netling, Marge is survived by her daughter Lynn Brownell (wife of Michael) of Oak Harbor, OH, her son Bryan (husband of Jane Gale) of Southborough, MA, and her daughter Jan of Lancaster. She is also survived by two granddaughters, Elizabeth Gale-Bentz and Hannah Bentz. She was predeceased by her sister Elizabeth Iffland and two brothers, John Netling and Henry Nettling.
A Service will be held at Moravian Manor, Steinman Hall, 300 W. Lemon Street, Lititz, PA 17543 on Saturday, February 18, 2017 at 11:00 AM. Friends may greet the family from 10:00 AM until the time of the service. Interment will be in Conestoga Memorial Park.
In lieu of flowers, contributions may be made to St. Matthew Evangelical Lutheran Church, 700 Pleasure Road, Lancaster, PA 17601.

Offer Condolence for the family of Margaret Bentz