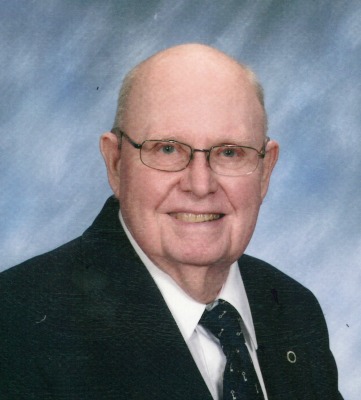 Malcolm Foy Marrs entered into peace on July 24, 2018 at Brethren Village Retirement Community in Lancaster PA.  Mac was born in Texas near San Antonio on December 2, 1926 to Reginald and Bettie Marrs.  He was the last surviving sibling.

Mac proved his dedication to his country by earning his place in the U.S. Marine Corp during World War II and later joining the Army Corps of Engineers during the Korean War.  In between his times of service, Mac graduated from Carnegie Tech (now Carnegie Mellon University).   It was during this time in college that he met the love of his life, Sara Jane Carson.  The couple married on December 22, 1952 and had four children.  They were devoted to each other for 52 years until Sara’s death in 2004. He was a wonderful man and actively supported his family through major events and celebrated their accomplishments.

Mac had a successful career with ALCOA holding multiple senior engineering and management positions in Indiana and Pennsylvania.  He was an active member in ASME.  Always an engineer at heart, he enjoyed electronics, auto repair, trains, woodworking and brain teaser puzzles. He was an active member at Highland Presbyterian Church in Lancaster, serving as a deacon and head usher for many years.  After retirement he spent his summers at the family cottage in Chautauqua, NY enjoying his family.

Visitation will be held at Highland Presbyterian Church, on Thursday August 9th at 9:30am, Memorial Service will begin at 11AM followed by a private internment.

Offer Condolence for the family of Malcolm F. Marrs