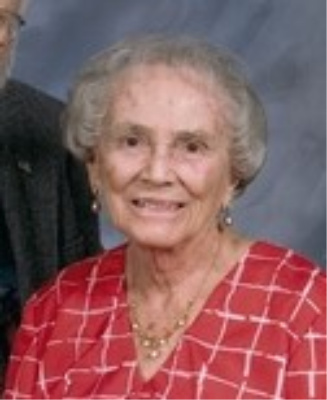 M. Virginia (Deen) Barto, 98, of Lancaster went to be with her Lord on July 26, 2019 after a long a fulfilling life. Known by her friends as “Ginny,” and by her grandchildren and great-grandchildren as “GiGi,” Virginia was the loving wife of the late Donald C. Barto who passed away September 22, 2012. They had celebrated 46 years of marriage, residing on Rachael Drive in Lancaster before moving to Brethren Village in 2009.

Born in Lancaster, she was the daughter of the late Thomas A. and E. Miriam (Scholl) Deen.  She and Don were both 1939 graduates of J.P. McCaskey High School.  She received a Bachelor of Science degree from Millersville State Teachers College (now Millersville University) in 1943.  She received her Masters of Education Degree from Penn State University in 1962.  She was a teacher at Fulton Elementary School in the School District of Lancaster for 33 years, and prior to that she taught in Wrightsville for three years.

A life-long member of First United Methodist Church of Lancaster, Virginia sang in choirs from childhood to adulthood, served many committees, and was a member of the C.I.C. adult Sunday School class.  She served as the Superintendent of the Primary Department of the Children’s Sunday School for 25 years.  She was in the Appenzeller Missionary Circle and the United Methodist Women.

Virginia was a member of the Columbia Chapter 366 Order of Eastern Star and the Fulton School Retired Teachers Association.  She and Don were avid travelers and enjoyed many trips throughout the United States and Canada, including their daughter and beloved grandchildren.  They drove to Alaska five times.

Her survivors include her daughter, Diane (Scholl) Deemer (wife of Henry H.) of Cornwall, her granddaughter, Kristina (Deemer) MacFeat (wife of Steven L.) and their children Tana A. and Kitiara D. of Lancaster, and her grandson, Scott T. Deemer of Lancaster and his daughter Madison Lark-Deemer of Palmyra.  Also surviving is a nephew,  G. Luke Senior (husband of Nancy Heilman) of Lock Haven, PA.

Relatives and friends are invited to attend a Funeral Service at First United Methodist Church, 29 E Walnut St, Lancaster, PA 17602, on Thursday, August 1, 2019 at 1:00 PM.  A viewing will be held from 12:30 PM until the time of the service.   Interment will follow in Greenwood Cemetery.  Contributions may be made in her memory to First United Methodist Church at the address above.  Her family would like to thank Brethren Village for their compassionate care of both Mr. & Mrs. Barto in their 10 years of residence.  To leave an online condolence, please visit: www.DeBordSnyder.com

Offer Condolence for the family of M. Virginia Barto