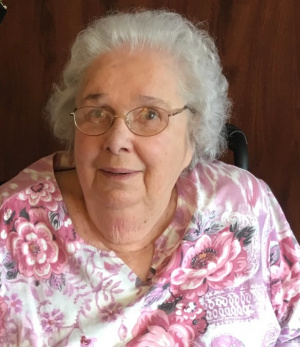 M. Joan Yeager, 89, died at the Masonic Village Health Center, Elizabethtown on Friday, November 27, 2020. She was the loving wife of the late George R. Yeager with whom she shared sixty-nine years of marriage before he passed in 2017. She was born in Lancaster to the late Mary B. (Smithson) Herr.

Joan was employed by the Hamilton Watch Co. and then as a homemaker. She was a member of Redeemer Lutheran Church for over fifty years and a lifetime member of the Order of the Eastern Star Columbia Chapter 366. Years ago, she sang in the choir at Redeemer and often volunteered making turkeys for those in need.

Joan was a devoted wife, selfless mother, and adoring grandmother. Her two daughters and four grandsons (her “boys”) were her pride and joy. She was an awesome cook, a kindhearted and gentle person, with a witty sense of humor. Joan rarely complained and could always put a smile on your face.

The family would like to thank her caregivers on BF3 Masonic Village. Interment at Conestoga Memorial Park will be private in the summer.

Offer Condolence for the family of M. Joan Yeager