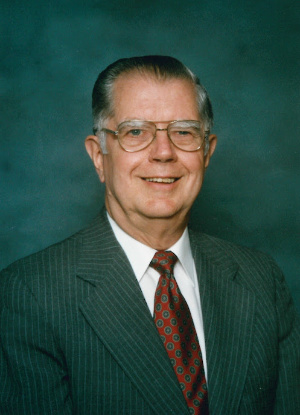 M. Duffield Harsh, 94, a resident of Brethren Village, entered into rest November 22, 2019. He was the husband of Margaret J. Harsh, with whom he celebrated 62 years of marriage in June. Born in Ronks, PA, he was the son of the late C. Maurice Harsh and Anna Bower Harsh.

Mr. Harsh was employed for 43 years at the former RCA plant in Lancaster in various engineering and supervisory positions. During this time he was the author of several technical papers and obtained several patents. When RCA discontinued operations in 1987, he continued as a senior applications engineer on the marketing staff of BURLE Industries, retiring in 1992.

He was a graduate of East Lampeter Township High School and obtained a Bachelor’s Degree in Electrical Engineering from Drexel Institute of Technology.

During World War II, Mr. Harsh was an infantry soldier in the U.S. Army. On Thanksgiving Day, 1944, his unit was cut off by a German Panzer attack and he was taken prisoner. He subsequently spent six months in a prisoner of war camp in Czechoslovakia.

He was a 61-year member of the First Presbyterian Church, Lancaster and served as a Deacon and Ruling Elder. For many years he sang in the chancel choir.

During retirement he pursued his interests in genealogy and local history. As a volunteer at the Lancaster County Historical Society he assisted the staff in a number of research projects relating to maps, house history, and local one-room schools. He also spent some time as a docent for the Heritage Museum and as a driver for Meals on Wheels of Lancaster.

Surviving besides his wife are a daughter, Constance D. of Hamilton, NY; a son, Edward D., husband of Margaret Kampmeier of New York City; and one grandchild, Andrew D. Harsh.

Relatives and friends are invited to attend a Memorial Service at the First Presbyterian Church, 140 East Orange St., Lancaster, PA on Friday, November 29, 2019 at 11:00 AM. The family will greet friends following the service. Private interment will be in Old Leacock Presbyterian Cemetery.

In lieu of flowers, contributions may be made in his name to the First Presbyterian Church at 140 East Orange Street, Lancaster, PA.

Offer Condolence for the family of M. Duffield Harsh