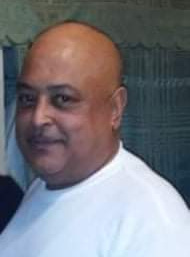 Luis R. Cruz, 66, of Lancaster, was escorted by the angels on Sunday, December 19, 2021 at Lancaster General Hospital. He was the loving husband of Ana Y. Cruz. Luis was born in Juana Diaz, PR, where he completed high school.

He went on to study electronics at Vo Tech school and after graduating, began repairing TVs, VCRs, etc. He also ran his own towing business for years before retiring, and was known by many as “Tony.”

Tony’s hobbies included playing music with cultural instruments, and was a talented shuffleboard and pool player, even playing in tournaments when he was younger.

He is survived by his mother, Maria M. Cruz, his loving wife, Ana Y. Cruz, his 5 children, Madeline Cruz, Angel Ramirez, Antonio R. Cruz, Mayra Cruz, and Melissa Cruz. Also surviving are his 6 grandchildren. He was preceded in death by his father, Luis A. Cruz.

Family and friends are invited to attend a Funeral Service on Tuesday, December 28, 2021 at DeBord Snyder Funeral Home, 141 E. Orange St. Lancaster, PA 17602 at 1 PM. Friends may attend the viewing  from 11 am until the time of service. Interment to follow in Mellinger Mennonite Cemetery with a dove release in his honor.

Offer Condolence for the family of Luis R. Cruz