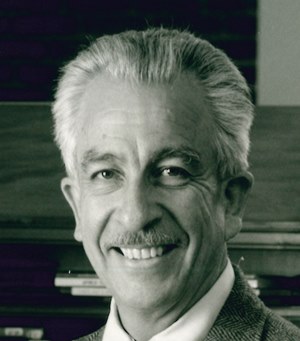 Luis Freile, 85, of Lancaster passed away peacefully at home on Sunday, February 28, 2016. Born in Riobamba, Ecuador in 1930, he was the son of the late Luis Freile and Alice Wolf. He lived and studied in several countries before coming to America. Luis, a graduate of the University of Oklahoma, went onward to 35-year career in cartography/geographic research that included decades with Rand McNally & Co., R.R. Donnelly & Sons and Geosystems. A career pinnacle was overseeing the creation of the first-ever official map of the moon, published in 1969.

Luis was preceded in death by a son David. He is survived by his wife Barbara, his daughters Alicia Freile, wife of David Kainer, of Canberra, Australia, and Victoria Freile, wife of Jody Sebastiano, of Penfield, NY and his son Philip Vichare, husband of Margie Vichare, of Las Vegas, Nevada. He is also survived by his siblings Marco and Maria Cristina, both of Quito, Ecuador.

Luis loved history, reading, dancing, tennis and traveling.  He was a fantastic storyteller and his tales will live on.

Offer Condolence for the family of Luis Freile