You are here: Home / Obituaries / Lourane B. Spaar 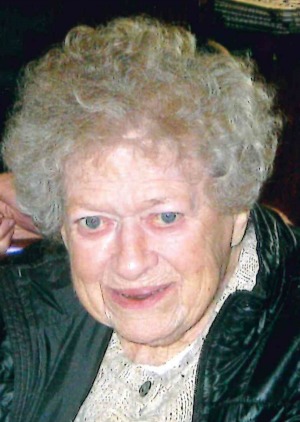 Lourane was the daughter of Charles and Margaret Mutchler Bastian. She was a homemaker since her marriage to Leo Jesse Spaar on June 26, 1945. She was a graduate of Williamsport High School and Lycoming College.

She had worked for the War Man Power Commission in Washington, DC and Chef Boyardee in PA.

She was predeceased by a sister and three brothers. Surviving are her son, Leo (Lee) John Spaar of Reading, PA, daughter, Margaret E. Bastain of Jasonville, IN, two grandchildren, four great-grandchildren, and six great-great- grandchildren.

Friends and relatives are respectfully invited to a visitation on Thursday, April 19, 2018 at 10:30 AM until the Funeral Service at 11:30 AM at the DeBord Snyder Funeral Home & Crematory, 141 E. Orange St., Lancaster, PA 17602. Burial will follow the service at Millersville Mennonite Cemetery. Memorial Contributions may be made in Lourane’s memory to a charity of your choice.

Offer Condolence for the family of Lourane B. Spaar