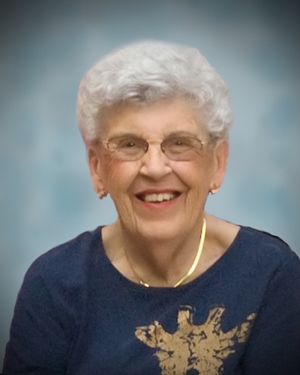 Louise M. Graff, 93, of Lancaster, passed away on February 4, 2017 at the Mennonite Home.  She was the loving wife of the late Richard A. Graff who preceded her in death in 2007.  Born in Reading, PA., she was the daughter of the late C. Howard and Florence L. (Levan) Hiester.

She spent much of her career as a homemaker and dedicating her life to her family.

She was a member of the Eastern Star.

Services will be private at the convenience of the family.  Memorial contributions may be made in her memory to: Hospice & Community Care, PO Box 4125, Lancaster, PA 17604 or to the Mennonite Home Benevolent Fund at 1520 Harrisburg Pike, Lancaster, PA 17601.  To leave an online condolence please visit: www.DeBordSnyder.com

Offer Condolence for the family of Louise M. Graff