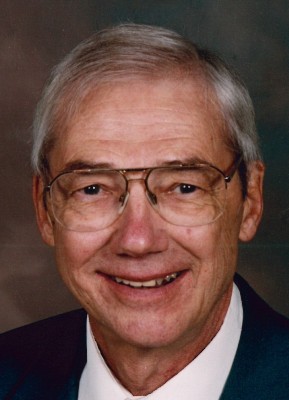 Louis D. Miller, Jr. 85 of 303 Taft Court, Elizabethtown, PA died Sunday, July 26, 2015 at Masonic Village.  He was the husband of Sophia Ridings Miller with whom he celebrated 22 years of marriage on September 2.  He was preceded in death by his first wife, Mildred Miller who died in October, 1992.

Born in West Chester, PA, he was the son of the late L. Donald, Sr. and Elma Gregg Miller.  Lou received a B.S. degree in Electrical Engineering from University of Delaware and an M.S. degree in Physics from Franklin and Marshall College.  He worked for the former R.C.A. as an engineer for over 35 years and held 10 patents.

Lou was a consultant for Elecro Optics for 7 years.  He was a member of Masonic Lodge # 43 Free & Accepted Masons; Lancaster Lodge of Perfection, Reading Consistory; past president of Upper Leacock War Memorial Association; past president of Bareville and Leola Lions Clubs; Charter member of Leola Area Jaycees; Elder of United Church of Christ and member of Train Collectors Association. His hobbies included collecting toy trains and Hubleys and he was a member of Masonic Village Model Railroad Club.

Surviving in addition to his wife is a son, Douglas, husband of Rudy Miller of Greensboro, NC;  grandchildren, Kaeli and Kyle; and son Jeffrey, husband of Aliza Miller of Colleyville, TX; grandchildren, Rhys, Ian and Tess; a step-daughter, Debra Terry of Brewster, MA; and a sister Janice Murdock of Glenn Mills, PA.

Relatives and friends are welcome to attend a Masonic Service in the John S. Sell Memorial Chapel of Masonic Village, Elizabethtown, PA on Friday, July 31, 2015 at 11:00 a.m., followed by a memorial service.  The family will greet friends from 10:30 a.m. until the time of service.  Interment will be private at the convenience of the family.

In lieu of flowers, memorial contributions may be made to Masonic Village Hospice by making checks payable to “Masonic Charities; Hospice” (Louis Miller’s name in the memo), Office of Gift Planning, One Masonic Drive, Elizabethtown, PA  17022

Offer Condolence for the family of Louis D. Miller, Jr.