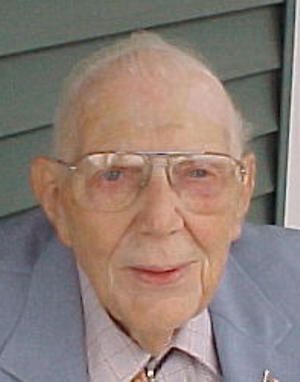 He was married 30 years to Dorothy Greene Riedlinger. His first wife Marilyn W. Riedlinger died in 1984.  Born in Ferguson, MO he was the son of the late Louis, Sr., and Theresa M. Deistel Riedinger.

Louis attended Westminster College in Fulton, MO and the University of Missouri in Columbia, MO.  He retired from RCA in 1986 after a stellar career which included developing the colored TV for RCA.

Louis served in the US Army during World War II and was honorably discharged as a Chief Warrant Officer. He had served in the European Theater and was involved in the Battle of the Bulge.

He was a member of the First United Methodist Church in Lancaster, and had been involved with the Veteran’s outreach ministry of the church. He enjoyed flying and was a member of the Century Flying Club based at Lancaster Airport.  The Lions Club was a big part of his life and he spent many hours donating his time to the Eye Bank.  He enjoyed making silver jewelry.

A Memorial Service will be held on Friday, March 10, at 11:00 A.M. at the First United Methodist Church, 29 E. Walnut St., Lancaster, PA . Friends may greet the family on Friday from 10:00 A.M.  Interment in Conestoga Memorial Park.  In lieu of flowers, contributions in his memory may be made to the Homestead Village Endowment Fund, 1800 Village Circle, Lancaster, PA  17603.

Offer Condolence for the family of Louis C. Riedlinger, Jr.