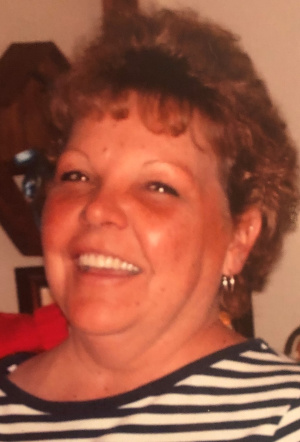 Linda Marie Baisch, 58, of Lancaster, passed away on Wednesday the 16th of October 2019 at her home. She was the loving mother of Ernesta Rebecca “Becky” and Jewel Latice Baisch.

She was born on October 21, 1960 in Lancaster, PA to Ernest and Grace Baisch. She was a proud graduate of J.P. McCaskey High School before obtaining her cosmetology license from Empire Beauty School. Linda was baptized, sealed and confirmed in the New Apostolic Church. She was a hardworking woman through her years being a hairdresser at Holiday Hair, a pharmacy technician at Lancaster General Hospital, and a retail associate at various establishments, lastly at Fine Wine and Good Spirits.

Linda’s priority of her life has always been her children. Her girls were her pride and joy but her grandchildren became her world. Linda enjoyed drinking her coffee and smoking her cigarettes until she quit on Grandparent’s Day 2010. In her later years, she enjoyed being on Facebook, playing FreeCell and Spider Solitaire, and words finds. Her favorite thing to do was watch her grandchildren despite her physical impairments. Linda was known for her good heart and her spunk.

In addition to her daughters, Linda is survived by her grandchildren: Bruszavion Darrow and Tajszanae Lyneice- Marteya Baisch, her sisters: Jewel Hjerling, Mary Baisch and Brenda Johnston, wife of David Johnston, Jr., her brothers: William Baisch and Ernest Baisch, husband of Janet Baisch, a beloved brother-in-law Michael Rineer, husband of the late Carol Baisch Rineer, a maternal uncle Harold Waltz, and a host of nieces, nephews, and cousins.

Linda is now in Heaven holding her granddaughter Nesziya Marai Baisch- Coleman and reuniting with her sister Carol Mae; Linda is also proceeded in death by her parents, sisters Katherine and Ruth, and her brother John.

Relatives and Friends are respectfully invited to attend a memorial service at the New Apostolic Church, 2425 Spring Valley Road Lancaster, PA 17601 on October 25, 2019 at 7 p.m. with Priest Greg Manmiller officiating. Friends may greet the family from 5:30 p.m. until the time of the service.

Offer Condolence for the family of Linda M. Baisch