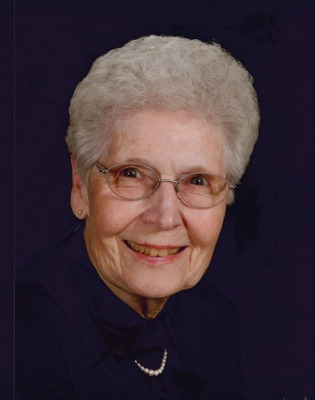 Leona McMinn Anderson, passed away on February 11, 2017 at the Mennonite Home in Lancaster, PA.  She was the loving wife of the late Rev. J. William “Bill” Anderson who passed away March 30, 2016.

Born in Lancaster, PA., she was the daughter of the late Watson and Gertrude (Gibble) McMinn.

Leona graduated from J.P. McCaskey High School.  She received her Bachelor’s, Master’s and Reading Certification from Millersville University.  She was a devoted educator who taught her entire career for the Central York School District, first as a 5th grade teacher then as a reading specialist.

A lifelong positive attitude would only let her see the good in people.  Her unfailing loyalty and quiet compassion made her the perfect match in Bill’s ministry.

In her spare time, she enjoyed family vacations to Ocean City, NJ which made memories to last a lifetime.   On their 50th wedding anniversary Bill and Leona treated the entire family to a trip to Disney World.

In her retirement, Leona enjoyed learning to play golf and followed the PGA and LPGA Tour.  Later in her life, while residing at Woodcrest Villa, she would often be found playing cards.

A private memorial service and interment will be held at the convenience of the family.

Contributions may be made in her memory to First Reformed Church, 40 E Orange St, Lancaster, PA 17602.

Offer Condolence for the family of Leona Anderson