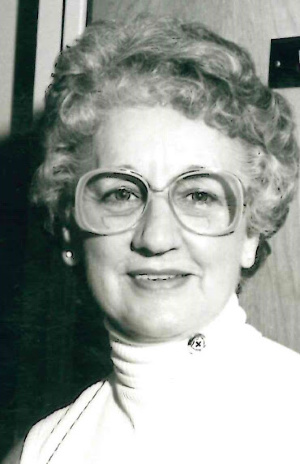 Lela Reed Hartman, 100, of Lancaster, PA, passed away peacefully on Monday morning, October 7, 2019 at Calvary Homes Retirement Community in Lancaster. Born in Little Britain Township, she was the daughter of Charles and Eva Reed. She was the widow of Richard F. Hartman who died in 1952. She was a member of Mount Calvary Evangelical Lutheran Church in Lititz for over 70 years. She is preceded in death by her three older brothers, Harold, Charles, and Hervey Reed.

After her retirement, she worked as a part time hostess both in Real Estate and for a local tour company. She enjoyed her travels in the United States and Canada and was a charter member of the Lancaster Silver Threads Senior Group. She was always happy to provide transportation and help to many friends and neighbors in their time of need.

A memorial service will be held in Crichton Chapel at Calvary Homes, 502 Elizabeth Drive, Lancaster, PA on Wednesday, October 16, 2019 at 11:30 AM. Funeral arrangements by DeBord Snyder Funeral Home, Lancaster, with private burial at Mellinger Mennonite Cemetery.

Offer Condolence for the family of Lela R. Hartman