You are here: Home / Obituaries / Lawrence A. George 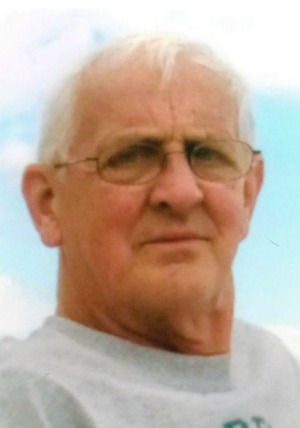 Lawrence A. George, 79, of Lancaster, passed away unexpectedly on Sunday, April 22, 2018 at Lancaster General Hospital.  He was the loving husband of Joyce (Amirault) George, to whom he was married for 56 years.

Born in Boston, MA, he was the son of the late Aubrey and Grace (Patterson) George.

After graduating from Malden High School, Larry’s professional career included thirty years at Continental Can, during which time he rose from general laborer to plant superintendent by the time of his ‘first’ retirement. He was lured back to manufacturing, and achieved his career goal and exemplified the “American Dream” with six years as a director of operations for Crown Cork & Seal. Larry also served in the Massachusetts National Guard Reserves for eight years, his Company K memorably facing down ‘the Red Scare’ in October, 1962.

In his spare time, Larry enjoyed writing creatively and very humorously; reading everything, but especially historical works and spy novels; classic jazz; carpentry; traveling; watching pro football and really bad movies; playing ‘fantasy’ football with his son and their friends; home improvement projects that never quite went as planned and spending time with his adoring family. He touched everyone he met with his wry humor and will be deeply missed.

In addition to his partner in love and laughter, Joyce, he is survived by a reverential son, Lawrence M. George (husband of Dianna); a cherished daughter, Michelle Kauffman, and two beloved grandsons, Jonathan and Ethan, all of Lancaster, PA; sisters, Nancy Barbuto of Danvers, MA, Marcia Eddy of Londonderry, NH, Linn Morse of Santee, CA and Diane Frazer (partner of Rob) of San Diego, CA; brother, David Morse (husband of Carol Surette) of Malden, MA; and many loving nieces and nephews. He was predeceased by brother, Warren George (husband of Nancy Mae) and sister, Lydia Barbrick.

Relatives and friends are invited to attend a Funeral Service at DeBord Snyder Funeral Home & Crematory, 141 E. Orange St., Lancaster, PA 17602 on Friday, April 27, 2018 at 11:00 AM.  A viewing will be held at the funeral home on Thursday evening from 6:00 PM to 8:00 PM and again on Friday at the funeral home from 10:00 AM until the time of service. Interment will follow at St. Joseph New Catholic Cemetery.

Offer Condolence for the family of Lawrence A. George