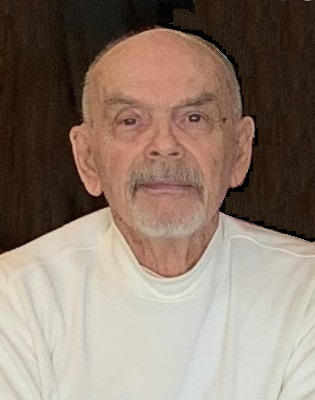 Due to health concerns, Woodcrest Villa is now limiting visitors to its facility therefore the Memorial Service for Larry Loughner, scheduled for this Sunday, March 15, 2020 has been postponed.

Larry G. Loughner, 81, of Lancaster, PA passed away on March 5, 2020 at Lancaster General Hospital.  He was the husband of Barbara Loughner. Born near Pittsburgh, PA, he was the son of the late Daniel and Jean Loughner.  After high school, he earned Bachelor’s degrees in Industrial Arts Education and in Industrial Design.  During his career, Larry worked as a high school teacher, a designer of sun glasses at Cool Ray-Polaroid, and held various roles at Warner-Lambert Company for over twenty years.  After he retired, Larry became a passionate fan of golf.  He joined Conestoga Country Club, made three holes-in-one, and entered senior tournaments, winning the Senior Champion – Net Division in the State Senior Amateur in 1992 and placing third with his team in the 2007 PA Super-Senior Better-Ball.

An adventurer, Larry loved to travel, and in a few years, he accomplished his quest to golf in all 50 states.  He especially loved seeing the mountains on his trips and his favorite spots included the Grand Tetons and the Rockies.  He also enjoyed hiking in the woods, camping, photography, gardening, watching hummingbirds, and doing jigsaw puzzles.  In recent years, he loved staying in touch with friends and watching his favorite teams, the Steelers and the Penguins.

Surviving in addition to his wife, Barbara, with whom he celebrated 56 years of marriage, is a son, Erik, of Lancaster, and a daughter, Diana (wife of Jason), of Georgia. Other survivors include Barbara’s sisters and their husbands, Mary and John Adix of Minnesota, as well as, Susan and Dick Richter of Wisconsin, and their children and families. Additionally surviving are Larry’s many cousins. Larry was preceded in death by his parents and his brother, Dennis.

Relatives and friends are invited to attend a memorial service on Sunday, March 15, 2020 at the Woodcrest Villa Chapel at Eagle Commons, 2001 Harrisburg Pike, Lancaster, PA 17601 at 2:00PM.  There will be a time of visitation with the family from 1:00PM until the time of the service.  A private interment for the family will be held at Conestoga Memorial Park in Lancaster.

Offer Condolence for the family of Larry G. Loughner