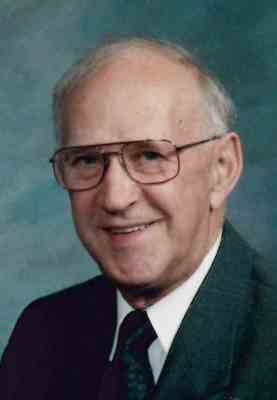 Landis K. Sangrey, 87, a resident of Landis Homes, formerly of Columbia and Lancaster, went to be with his Lord and Savior on Tuesday, July 4, 2017 following a long journey with dementia.

He was married 39 years to Martha Mann Sangrey.  His first wife, Marian Hostetter Sangrey died in 1977 at the age of 44. Born in Lancaster, he was the son of the late Landis H. and Anna Edith Kurtz.

Landis had many interests but his family always came first and he enjoyed the time he spent with his children, grandchildren and great grandchildren.

Surviving besides his wife is a son, Karl Sangrey husband of Helen Gehman Sangrey of McClure; four daughters, Yvonne wife of Clayton Zeiset of Columbia, Janice  wife of Kenneth Bucher of Lititz, Jeanette wife of Kenneth Barber of Manheim and Patricia wife of David Dence of Carlisle; a daughter-in-law, Marilyn Witmer Sangrey of Mount Joy; eleven grandchildren, eighteen great grandchildren.  He was preceded in death by a son  Dennis Sangrey and by a sister Ruth Shaiebly.

A Funeral Service will be held on Thursday, July 6, at 11:00 A.M. at the Mellinger Mennonite Church,  1916 Lincoln Highway East, Lancaster, PA with the Rev. Leon H. Oberholtzer officiating.  Friends may call at West Bethany Chapel at Landis Homes, 1001 E. Oregon Road, Lititz, on Wednesday (TONIGHT) from 6:00 to 8:00 P.M. and at the church on Thursday from 10:00 A.M. until the time of the service.  Interment in the Silver Spring Cemetery. Silver Spring, PA will be private prior to the visitation at the church on Thursday morning.  In lieu of flowers, contributions in Mr. Sangrey’s memory may be made to The Caring Fund at Landis Homes. 1001 E. Oregon Road, Lititz, PA  17543.  To send an online condolence, visit DeBordSnyder.com

Offer Condolence for the family of Landis K. Sangrey