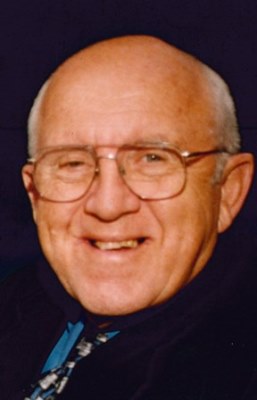 Kenneth Richard Frey, 89 of Lancaster, passed away peacefully on Sunday, February 21, 2016 at Lancaster General Hospital.  He is the beloved husband of Joanne Kreider Frey with whom he shared over 65 years of marriage.

In addition to his wife, he is survived by three sons: Kevin, married to Marcia, Lancaster; Mark, married to Judy, Lancaster; and Chris, companion of Jane Kring, Bernville.

Ken spent ten years at the Hershey Industrial School (now Milton Hershey School) graduating in 1944.  Milton Hershey and his generosity were the inspiration and pride of Ken’s life.

Ken served in the Army, having been the last man drafted from Lancaster County following World War II.

He was a self-employed contractor in both carpentry and drywall, retiring in 1989.  Retirement brought years of enjoyment marketing nutritional supplements, traveling, gardening and cooking.

Relatives and friends are respectfully invited to attend a Memorial Service in Community United Methodist Church, 130 Tennyson Drive, Lancaster, PA on Friday, February 26, 2016 at 11:00 a.m.   The family will greet friends on Friday at the church from 10:30 a.m. until the time of service.

Private interment will be held at the convenience of the family in Conestoga Memorial Park.

Offer Condolence for the family of Kenneth Richard Frey