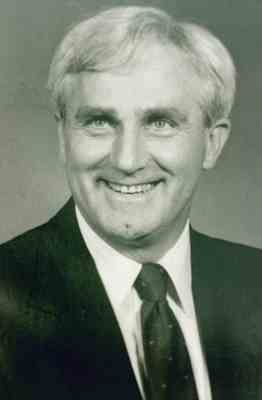 Kenneth C. Sahm, 86, of Lancaster, died Friday, November 6, 2015, after a 20 year battle with Parkinson’s Disease. A resident of Lancashire Hall for nearly 5 years, he was born at home in Penn Township, Lancaster County, PA, on March 11, 1929, to the late Harry L. and Minnie (Rudy) Sahm.  The youngest of 4 brothers and 1 sister, Ken was married for 55 years to Mary Lou (Sue) (Hilgert) Sahm.

Ken was a graduate of Manheim Central High School. After being stationed in Germany and serving in the U.S. Army for 2 years, Ken returned to Lancaster and became a realtor.  He began his career with Stanley Wentzel Real Estate and later becoming a partner at Warren Weaver Real Estate before ending his 48 year career with Engle Hambright & Davies.  Ken was active in the Lions Club and various local real estate associations over his long career.

A member of Salem United Church of Christ in Rohrerstown for over 50 years, Ken was highly ambitious throughout his life until the illness limited his activity. He will be remembered for his upbeat personality, resilience and integrity.

A Memorial service will be held at DeBord Snyder Funeral Home, 2024 Marietta Avenue, Lancaster, PA on Tuesday, November 10th at 11:00 AM.  Guests may greet the family at 10:30 AM and are invited to join the family for lunch at Salem United Church of Christ Fellowship Hall in Rohrerstown following the service.

The family wishes to express special thanks to the members of the Lancashire Hall Rosemont staff who provided dedicated and compassionate care for Ken during his last years.

Offer Condolence for the family of Kenneth C. Sahm