You are here: Home / Obituaries / Kenneth A. West 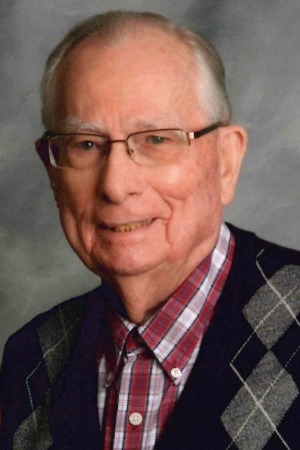 Kenneth Arnold West, 89, went to be with his Lord and Savior Jesus Christ on Tuesday, July 3, 2018. He was surrounded by several of his loving family members at Calvary Fellowship Homes in Lancaster where he had resided since September 2007.

Ken was born on March 12, 1929 to Olga and Joseph West. He was the 6th of 8 children. Ken graduated from Commerce High School in 1946 and attended Gordon College where he played on the Varsity Basketball team. Ken married Lois Marie York on August 22, 1952 in Mars Hill, ME. They were married for 60 years and raised 5 children.

Ken was a World War II Army Veteran and served in Korea. Ken became a Christian at a Billy Graham Crusade in Boston. He was an active member at Park Street Church in Boston, MA, where he served as a Deacon and Sunday School Superintendent for many years. Following several decades in banking, Ken served as the Financial Officer at Lexington Christian Academy in Lexington, MA, and was Regional Representative for Moody Bible Institute.

Ken was a devoted husband and father. He loved his children, grandchildren, and great-grandchildren. Ken and Lois enjoyed traveling on the Alumni trips sponsored by Gordon College. Ken was an avid coin collector. He enjoyed sports, especially his grandchildren’s and followed all the professional Boston sports teams.

Ken Is survived by his five children and their spouses; Douglas and Nancy West of Mt. Juliet, TN, Randi and Lowrie McCown of Marietta, GA, Peter and Vickie West of Telford, PA, Nancy and Frank Heavner of Landisville, PA, and Kenneth and Cheryl West of Souderton, PA, a sister; Evelyn Hanson, 12 grandchildren, and 11 great-grandchildren.

Ken is preceded in death along with his parents and wife by siblings; Edward, Paul, Warren, and Robert West, Margaret Hamby, and Florence Heaney.

Services will be held at the DeBord Snyder Funeral Home, 141 E. Orange Street, Lancaster, PA 17602 on Thursday, July 12, 2018. Visitation will begin at 3:00 PM, followed by a celebration of Ken’s life at 4:00 PM. Interment will be private at the convenience of the family at Fort Indiantown Gap National Cemetery.

Offer Condolence for the family of Kenneth A. West