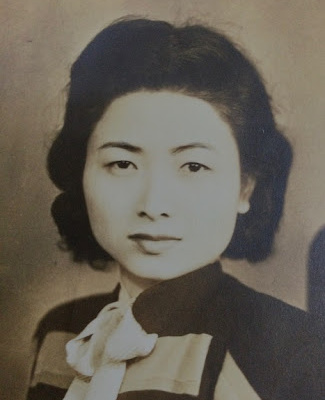 Mrs. Kazuko Tochigi Uyeda of Lancaster Pennsylvania recently residing in West Newton Massachusetts passed away peacefully of natural causes on August 6, 2021 in the presence of her family.

Born in Honolulu Hawaii on September 6, 1922, Kazuko moved to Japan when she was 12 years old and resided there until meeting her future husband, the late Yoneichi “Bill” Uyeda, while both were serving with the U.S. Army in Tokyo after the end of World War II.  Returning to the United States after their marriage, Kazuko resided in Cambridge, MA where she worked for the Harvard University Library; moving to Lancaster, PA with her family in 1951 where she lived until 2020.  She was a graduate of Jissen Women’s College in Tokyo, with a degree in English.

Her husband of 73 years, Yoneichi Uyeda, preceded her in death on April 30, 2020.  She is survived by sons Allen B. Uyeda (affianced to Eimi Zecha) of Honolulu, HI and William S. Uyeda (Marcia Burkey) of Clyde Hill, WA, her daughter Leslie J. Uyeda (Arthur Jackson) of West Newton, MA and two granddaughters, Hanae S. Uyeda and Sabrina M. Uyeda of Clyde Hill, WA.  She was predeceased by her daughter, Elizabeth N. Uyeda.

Primarily a homemaker and mother to her four children, self-effacing Kaz was a fierce, self-taught competitor on the tennis courts and enemy of weeds in her yard and flies in her house, brandishing her tennis racquet, garden tools and fly swatter to equally devastating effect.  She was an avid reader, particularly of quality fiction but also of biographies of her favorite women, including Eleanor Roosevelt, and other historical figures, and of general history.  Kaz was also a nightly fan of Jeopardy, enjoyed watching NFL games and major tennis tournaments on TV and listening to classical music (particularly operas) and popular musical soundtracks.  More recently, Kaz also enjoyed working on the Lancaster Intelligencer Journal crossword and other puzzles, learning about the local birds and, especially, keeping-up with family via video conference.

Having worked for a time at ATC in Lancaster, she occasionally treated herself to Lancaster area auctions and swap meets which she enjoyed immensely.  Initially appreciating the affordability of kitchen tools to enable her excellent, self-taught cooking and baking skill, she also acquired collectibles and some furniture at such events. Kaz grew to admire Pennsylvania Dutch quilts and (again self-taught) became an accomplished quilter.  A perfectionist, many of her quilts were repeatedly dis-assembled and re-assembled to the never-ending bemusement of her family.

During her children’s sports events, an already petite Kaz could be spotted hunched-over and peeking through her fingers both wanting to see and not wanting to see.  This exemplified the stoicism that marked her character.  Having surely been witness to many horrifying events and troubled times in her younger years which were “too painful” to talk about, she was always dignified and seemingly calm.  She passed away as she lived.  Kazuko will be interred by her husband, Yoneichi, and their daughter, Elizabeth, at Conestoga Memorial Park in a private service.

A Graveside Service is scheduled for Wednesday, August 18th, 2021 at 1:00 PM at Conestoga Memorial Park.  To view the service virtually, please click the following link:   https://my.gather.app/remember/kazuko-uyeda

Offer Condolence for the family of Kazuko Uyeda