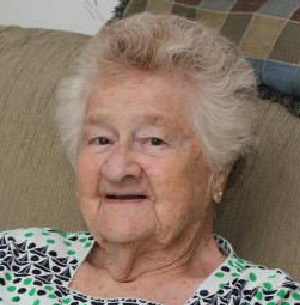 She is survived be three daughters:  Patricia (Rodney) Shupp; Felicia (Charles) Marino; and Alicia (Raymond) Forrey; three grandchildren: Rebecca, David and Crystle; and five great-grandchildren: Ashley, Jayda, Katherine, Rachel and Joselynn (with one on the way). She was preceded in  death by five siblings: Thomas, Ella, Betty, Ralph and Reno.

June was a 1943 graduate of  JP McCaskey High School and became a self-taught seamstress who did sewing and alterations the majority of her life. She also made doll clothes, which she was very proud of, and sold them in Lancaster Southern Market, Lancaster West End Market and at many local craft shows. She loved to read, play scratch-off lottery tickets and Bingo. June was a fiercely independent woman who lived her life her way and lived independently until 2019.

The family would like to thank United Zion and Grane Hospice for their care and support.

Per her request there will be no service.

Offer Condolence for the family of June E. (Lear) Shepley