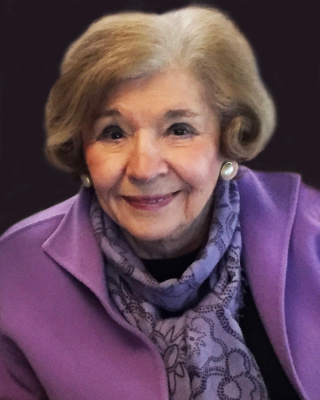 Beatrice June Collins (June), 97, of Lancaster, PA passed away on June 14, 2021 in her home at Willow Valley Retirement Community.  June was born in Lancaster, PA and a graduate of J.P. McCaskey High School.  She was the daughter of H. Frank and Pearl M. Prange (deceased) of Lancaster, PA. June is survived by daughters Jill Finan of NV and Mary Gregg (William) of MD, a brother Gerald F. Prange of NC, and a sister Janis L. Sylte (Ray) of PA.

A WWII bride, June married John “Jack” Collins and they shared an extraordinary life  together. First as a military wife to a decorated officer in the United States Air Force for over 30 years, moving across the country every three years forming many unforgettable friendships that lasted a lifetime. Then as an executives wife when Jack worked in the pharmaceutical industry until his final retirement. June was a dedicated and loving wife for over 75 years until Jack’s passing in 2018. She is now reunited with her loving husband, together again, now and forever.

June was a beautiful selfless woman, always striving to achieve perfection through her husband, children and home. Her talents were extraordinary in everything she did with her sense of style, always impeccably dressed, her beautifully decorated homes, and the engaging hostess whose culinary skills were appreciated by her family and friends.

June is also survived by two grandchildren, Stephen Gregg (Lauren-Rodriguez-Gregg) of VA and Lauren Gregg of GA, a great grandson, Brooks Rodriguez-Gregg of VA along with many nieces and nephews.  June was preceded in death by her husband John “Jack” Collins, a son John Collins, a granddaughter Julie Whittaker and a son-in-law Richard Finan.

In lieu of flowers, donations in June’s memory may be made to MADD, Water Street Mission of Lancaster, PA or the American Cancer Society.

Offer Condolence for the family of June Collins