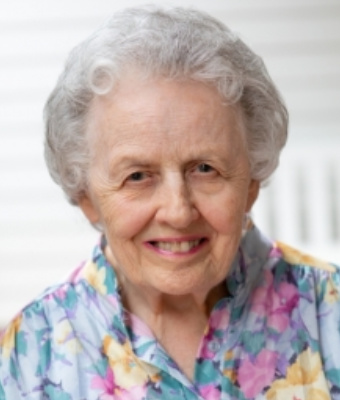 Joyce McCraney Mumma, 89, went home to her Lord on Thursday, November 21, 2019, in her apartment at Oak Leaf Manor North in Landisville.  Born in Towanda, Bradford County, Pennsylvania, on November 7, 1930, she was the daughter of the late Wendell Malcolm McCraney and Madeline Edessa Riley McCraney.  She was predeceased by her husband of 59 years, Joe Landis Mumma.

She grew up near Millersville, attended the local public schools, and graduated as salutatorian from Manor-Millersville High School in 1948.  Having completed her student teaching at the Model School, she graduated from Millersville State Teachers College (now Millersville University) with a B.S. degree in Library Science in 1952.

Joyce spent her first year of teaching in the English Department at New Hope Junior-Senior High School, New Hope, Bucks County, Pennsylvania.  Moving back home the next year, she taught English, ran the library, and was a class advisor at Penn Manor High School in Millersville for six years.  She moved to Landisville when she got married and quit teaching while her children were small.  Resuming her career, she became the librarian first at Landisville Elementary School #1 (now the Administration Building) and then Farmdale Elementary School for the Hempfield School District, where she worked until her retirement in 1986.  Joyce taught for a total of twenty-eight years in the public schools.

As a teenager, she joined St. Paul Lutheran Church in Millersville.  When she got married in 1956, she followed her husband to Leacock United Presbyterian Church in Paradise, where he had attended since boyhood.  In 1976, she and her family joined Westminster Presbyterian Church soon after it was organized.  There she served as a deaconess, sang in the Matins Choir, and played in the Clarinet Choir.  The Church was a big part of her life.

Joyce was for years an active member of the Business and Professional Women’s Club, Mount Joy Chapter, and the Lancaster Musical Arts Society.  She was an avid Penn State football fan and enjoyed attending home games with her family for forty years.  She also gained years of pleasure attending plays and concerts at the Fulton Opera House.  In her school years, she played clarinet, tenor saxophone, and field hockey.  She was a lifelong music lover and played her clarinet in the Rohrerstown Community Band for fifty years.

A funeral will be held on Thursday, December 5, 2019, in the sanctuary of Westminster Presbyterian Church, 2151 Oregon Pike, Lancaster, Pennsylvania, at 11:00 a.m.  Visitation with the family will begin at 10:00 a.m.  A private interment will occur later at Landisville Mennonite Cemetery.

In lieu of flowers, memorial contributions can be made in Joyce’s name to Westminster Presbyterian Church, 2151 Oregon Pike, Lancaster, PA 17601-4604.

Offer Condolence for the family of Joyce McCraney Mumma