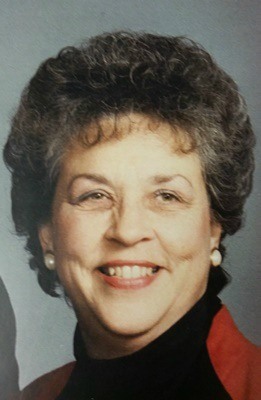 Joyce Marie Landis Plank, a resident of Luther Acres, Lititz, went to be with her Lord & Savior on Thursday, January 28th  after a long illness. Joyce was the daughter of the late Albert and Eleanora (Groff) Landis and had recently celebrated her 79th birthday. She was born on the Landis Family Homestead in Landis Valley on January 3, 1937. She was preceded in death by her husband Jay W. Plank, 4 months ago; and her sister, Lorraine Humbert. Joyce was a member of Westminster Presbyterian Church, Lancaster, PA.

Joyce graduated from Manheim Township High School in 1954 where she was active in the school band and music programs, singing many solos. In her young adult life, she sang in two trios with Youth for Christ. She also used her gift of singing at many weddings, church services and other events.

Joyce truly enjoyed life, her family, friends, and most of all her walk with the Lord. She graciously served her family in many ways. There are many great memories of years of family picnics, 4th of July celebrations, Thanksgiving, Christmas, and New Year’s Day dinners. She lovingly cared for her aging parents and her aunt in their later years. She loved spending time with her granddaughters.

Joyce served the Lord many years at Long Memorial United Methodist Church, Neffsville, singing in the choir, playing the piano and leading children’s Sunday School. She was also a former member of the Lancaster Alliance Church where she sang solos and in the choir and was a bible study leader. She often provided wise council to friends when needed.

In addition to her church, Joyce was very active in the auxiliary of The Gideons International. She served in many roles locally and internationally, including the office of International President. She traveled across the United States speaking, training others, and sharing the gospel. Many have come to know the Lord as their Savior as a result of her life and service.

She worked at the former Conestoga National Bank early in her life, was a wife and homemaker for many years and later in life was a fashion coordinator at Donecker’s of Ephrata.

A Funeral Service will be held on Tuesday, February 2, 2016 at 11: 30 A.M. at Westminster Presbyterian Church, 2151 Oregon Pike, Lancaster, PA with the Rev. Dr. John S. Light officiating.  Friends may call at the church on Tuesday from 10:00 A.M. until the time of the service.  Interment in the Landis Valley Mennonite Cemetery.  In lieu of flowers, contributions in Mrs. Plank’s memory may be made to the Auxiliary of the Gideons International, P.O.Box 638, Lititz, PA  17543-0638 or to Westminster Presbyterian Church, 2151 Oregon Pike, Lancaster, PA  17601.

Offer Condolence for the family of Joyce M. Plank