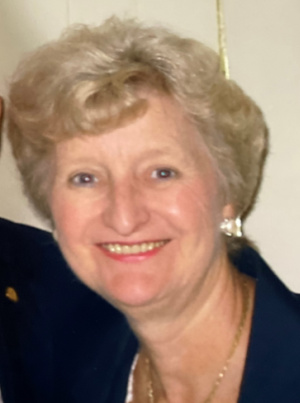 Joyce Carol Rowe Cutting, 82 years young, crossed over from death into eternal life on October 28, 2021 after suffering  for 2 months with Pancreatic Cancer. She was tenderly cared for in her last weeks by the amazing staff at Hospice and Community Care in Mt Joy, PA. Prior to her admission there she received excellent care by the outpatient Hospice team.

Joyce was a very beloved mother, wife, and friend. Her life was devoted to serving God, her family, and in ministry to others.  Joyce was born May 3, 1939 to Carlton and Madeline Rowe and was the middle of 5 children in Nineveh NY.  Her surviving siblings are Roger (Donna) Rowe, Betty  (Joe) Benfatta, Jack (Barb) Rowe, and Michael (Dawn) Rowe.

She accepted Christ as her Lord and Savior at age 12 and received a call to missions while a young teen.

For 64 years she  was the loving wife of the Rev. Robert M. Cutting who preceded her to heaven’s glories in December of 2020.

She and Bob, served the Lord as life long missionaries. After graduating from Elohim Bible Institute in New York, they first served Him among a primitive cannibal tribe in what is now Papua, Indonesia. This area had only had recent contact with the outside world.  They were sent out by Unevangelized Fields Missions, now  called, Crossworld. In 1967. A thriving church  is now flourishing in that area. They then served as church planters for 3 years in New Mexico and for 8 years in South Africa. Finally, before retirement, they served as AWANA missionaries for 14 years in South Central PA.  Joyce and  Bob were members of Grace Baptist Church in Lancaster, PA where they were active in children’s ministries and the teaching of God’s word. She was a gifted teacher and speaker in Women’s Ministries. Joyce is survived by 5 children:  Robin, wife of Rickey Batz SR of Lancaster PA, Bob Cutting JR of Grapevine, Texas, Joye Tarampi of Pasadena, CA, wife of the late Gunther Tarampi who preceded her into heaven in 2019, Chipper, husband of Karen Cutting of Leola PA, and Andrew husband of Sarah Cutting of Blandon, PA. She leaves behind 4 deeply loved grandchildren: Kevin and Casey Cutting, Sophia and Sawyer Tarampi, and step grandsons Brandon and Rickey JR Batz.  She will be deeply missed also by great granddaughter Rylie Batz.

Joyce was known for her warm, hospitable nature, great meals, gracious manner, wisdom, and kindness. She always pointed everyone to Jesus and her life was the epitome of the Proverbs 31 woman. She was a cherished friend to so many and will be greatly missed.

The celebration of Joyce’s well lived life which was originally scheduled on Monday, November 22, 2021 has been postponed.  Services will be announced at a later date.

If desired donations in Joyce and Bob’s memory can be made to Crossworld.org  and earmarked for the Nalca Old Testament translation project.

Offer Condolence for the family of Joyce C. Cutting