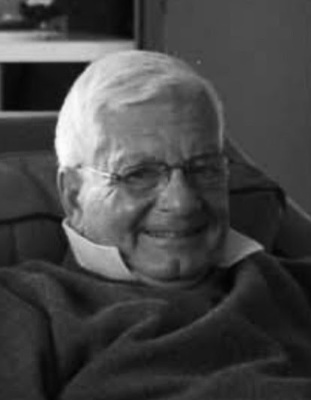 Joe attended Lancaster public schools, F&M Academy, and Lancaster Country Day School. He graduated from Lawrenceville School (NJ) in 1949 and then from Princeton University in 1953 with a degree in Political Science. He received an ROTC commission at the same time.

Joe began working for the Hubley Manufacturing Company, a nationally known toy company owned by his family and the family of John H. Hartman in 1953. There he held various positions, including corporate secretary and member of the Board of Directors until 1954, when he left to serve two years of active duty in the 7th Army Ordnance Corps in Germany with the occupation forces as a unit supply officer. He completed his active duty as a First Lieutenant in 1956.

Returning to Hubley after his service, he worked as Marketing Manager and then as Vice President of Advertising until 1963, when the family sold its half of Hubley to the Hartmans.

Joining the investment firm Kidder, Peabody, & Co. Joe served as the representative in charge of the Lancaster office for 10 years, leaving in 1973 to run his own financial advisory business until the mid-2000’s.

Active in the Lancaster community, Joe was a trustee at Lancaster Country Day School from 1964-1981 and recognized as a trustee emeritus. He served as president of the Lancaster YWCA Board of Trustees, and was also on the board of the Fulton Opera House. As a member of the Hamilton Club for over 60 years, Joe had served as a director and also as president from 1989-1991. His work in organizing the development office at the (now) Lancaster Health Center earned him recognition in 2014 for his “decades of service,” and he continued as a consultant until the time of his death.

Joe was also very involved in The Lawrenceville School, where his was elected a trustee and where he served as a member of the Finance Committee. He chaired the Development Committee until 1988. In 1994 he received the Alumni Association Award for his contributions to the school.

Golf was Joe’s greatest passion and life-long sport which he continued playing until just a few years ago. He was the men’s golf champion at the Lancaster Country Club 6 times and runner-up 4 times between 1953 and 1987, winning both the men’s and senior’s championship that last year.

In addition to being an accomplished golfer, Joe’s enthusiasm for the sport inspired him to continue the efforts of his grandfather, Jack L. Straub, who donated The Straub Cup at the Lancaster Country Club in 1914 until his death in 1957. Joe won that tournament in 1956 and then sponsored The Straub Cup until 2018, when he resigned from the club. He was extremely proud of the 104-year tenure of the tournament.

Additionally, Joe competed in the Lesley Cup matches and the Bailey Matches for many years. An executive member of the PA Golf Association from 1967-1981, he served as its president in 1972. In 1981 he was distinguished as a trustee emeritus.

Joe’s other great love was early jazz music, amassing a 6000 record collection which in later years he donated to the Rutgers Institute of Jazz Studies in Newark, NJ. He played the piano regularly and in 1980 even produced his own CD of favorite songs.

In addition to being a member of the Lancaster Country Club for over 60 years, he was a member of the Hamilton Club, Pine Valley Golf Club, The U.S. Seniors Golf Association, the Washday Club, and the Pirates.

In lieu of flowers, the family suggests contributions in Joe’s memory to Music for Everyone: https://www.musicforeveryone.org, or Lancaster Health Center, Lancaster, PA: https://lancasterhealthcenter.org.

Offer Condolence for the family of JOSEPH T. BRENEMAN II