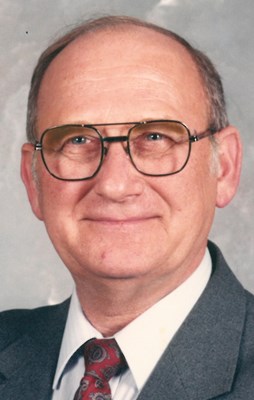 He was the husband of the late Lillian Shuder Kirchner who died in 1981.  Born in Lancaster, he was the son of the late Charles T. and Theresa Moser Kirchner.

Joseph had been employed in the Research & Development Department of Armstrong World Industries for many years.  He was a graduate of Lancaster Catholic High School and had attended LaSalle University.  He was a member of St. Phillips Catholic Church and had formerly been a member of St. Joseph Catholic Church for many years.  He was a member of the Knight of Columbus, the VFW and the Liederkranz.  Joseph enjoyed German dancing, traveling, cooking, gardening, dogs and spending time with his grandchildren.

He was a veteran of the U.S. Army having served during the Korean Conflict.  As part of his duty, he was stationed at a guard in Panmunjom, Korea for the Korean Asmistice Talks.

Surviving are two daughters, Gretchen A. Hanna of Lititz, and Jennifer K. wife of Tom McCarty of Lancaster; two grandchildren Lily and Braden McCarty; and a longtime companion, Anneliese Martin.  He was preceded in death by a sister, Teresa Bitts and by two brothers, Charlie and George Kirchner.

Offer Condolence for the family of Joseph R. Kirchner