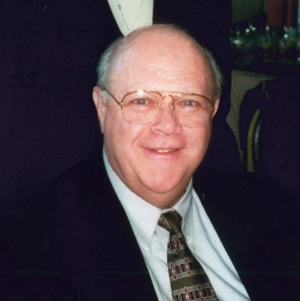 Joseph K. Hemler, 80, of Lancaster, passed from this life on May 2, 2016 at the Mennonite Home. He was the loving husband of Marcia (Milley) Hemler for 62 years. Born in Lancaster, PA, he was the son of the late Joseph P. and Pauline (Kready) Hemler.

Joe was a graduate of Lancaster Catholic High School class of 1953. He played football under the late coach Eugene Kruis and was co-captain of the Crusaders 1953 team. Owing to many permanent and minor injuries, Catholic’s last game of the season was cancelled.

In 1959 Joe graduated from Franklin and Marshall College with a B.S. in Economics. After college he started his career with the Federal Government as a cost accountant at Olmstead Air Force Base.

He joined the U.S. Postal Service in 1966 as a cost accountant in the Service’s Headquarters in Washington D.C. He was promoted chief of information presentation section in the cost division. While there, Joe was a recipient of a Post Office Department Superior Accomplishment Award.

He transferred to Lancaster Post Office in 1973 as Budget Manager. He later held the position of Director of Finance and retired as Director of Field Operations in 1992. Joe then worked part time for AAA Lancaster county from 1993 to 2015 and enjoyed his time there helping members plan trips.

Joe was a past member of several organizations; the Bowie Maryland YMCA board, a lifetime member of the Hempfield Jaycees, Northeast Rotary Club, the Lancaster Power Squadron, Board of Directors for the Lancaster Postal Employees Credit Union, the American Management Association, Woodcrest Villa Resident Council, treasurer of the Wood Shop. He was a member of Stehman United Methodist Church serving as financial secretary and on the administrative board for many years. After moving to Woodcrest he attended the chapel there.

His interests were toy train collecting, furniture refinishing, and vacations at the Jersey shore, cruising the Chesapeake Bay on his boat KIJOTO, and his yearly trip to the Outer Banks deep sea fishing for Tuna. Joe looked forward to his monthly breakfast with his 1953 classmates. Most of all he loved being with his family.

The family would like to thank J. Harold Mohler M.D. for giving Joe the best of care for many years.

Relatives and friends are respectfully invited to attend a Memorial Service at   the Viva Centre at Woodcrest Villa, 2001 Harrisburg Pike, Lancaster, PA 17601 on Wednesday, June 1, 2016 at 11:00 AM with Chaplain Mim Cruz officiating. A visitation will be held from 10:00 AM until the time of the service. Interment will be private at Millersville Mennonite Cemetery. In lieu of flowers, contributions may be made in his memory to the Mennonite Home Benevolent Fund, 1520 Harrisburg Pike, Lancaster, PA 17601.

Offer Condolence for the family of Joseph K. Hemler