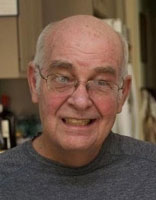 Joseph F. Kabrhel, Jr., 67, of Lancaster, formerly of East Stroudsburg, passed away Monday, July 9, 2012 at the Mennonite Home in Lancaster. Born in Philadelphia, he was the son of the late Joseph F. Sr. and Julia Barta Kabrhel. He was married for 44 years to Susan Linton Kabrhel.

Joe worked as a Industrial Arts teacher for the East Stroudsburg School District, retiring in 2001. As an Eagle Scout, he was active with his sons in the Boy Scouts of America. He built his own workshop in his Lancaster basement, where he enjoyed carpentry and woodworking. A farmer at heart, he spent many hours in his gardens, planting flowers and growing vegetables. He also enjoyed model railroading.

In addition to his wife, he is survived by 2 sons, Stephen, husband of Jessica Kabrhel of Baltimore, James, husband of Amy Kabrhel of Wisconsin, and a grandson, Nathan Kabrhel.

A memorial service will be held from Kearney A. Snyder Funeral Home 141 E. Orange St. Lancaster, PA on Saturday, July 14, 2012 at 3 PM. The family will visit with friends from 2 to 3 PM at the funeral home on Saturday. In lieu of flowers, contributions may be sent to the American Heart Association 610 Community Way Lancaster, PA 17603 or to the Alzheimer’s Disease Association 3544 N. Progress Ave., Suite 205 Harrisburg, PA 17110-9638.

Offer Condolence for the family of Joseph F. Kabrhel, Jr.