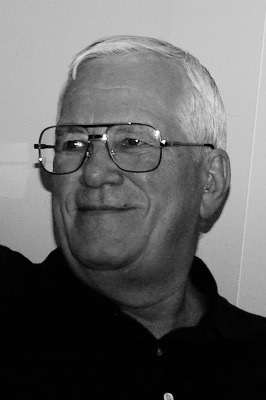 Born June 24, 1935 in Clarion County, Pennsylvania, he was the only child of the late Harry W and Helen Reed. He was also predeceased by the love of his life Barbara Jean (Aites) Reed and his only daughter Ruthann Reed.

John spent his early years on a farm in Clarion County, graduated from New Kensington High School in 1954, and enlisted in the Marines shortly thereafter. He married his beloved Barbara Jean on July 16, 1956.  They raised their family in New Kensington and Canadohta Lake and once their children were grown, the couple moved to York, PA.

As avid travelers, John and his wife explored the world together. With Barb by his side, they enjoyed regular trips to the beaches of Mexico. Once on his own, John continued to travel throughout the United States and the rest of the world.  His favorite trip in recent years was to Zion National Park in Utah.

Surviving him are his two children and their spouses: John W. Reed II and John Vosburgh of Provincetown, MA; Bruce and Michelle Reed of Downingtown, PA; and his two grandchildren: Kelsey and her husband Bryan DeNinnis of Conshohocken, PA; and Alexander Reed of Manheim, PA.

He is also survived by many friends who he considered family, including the nurses and staff at The Lakes at Willow Valley.

Relatives and friends are cordially invited to attend a Celebration of Life in the auditorium of The Lakes at Willow Valley, 300 Willow Valley Lakes Drive, Willow Street, PA 17584 on Wednesday, February 15, 2017 at 2:00 p.m. with Chaplain Scott Johnson officiating.

Interment will be at a later date at the Rootville Cemetery, Crawford County, PA.

Offer Condolence for the family of John W. Reed