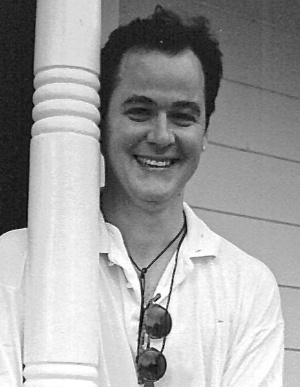 John was born April 1, 1956 in Stuttgart, Germany where his father was stationed in the United States Army.  The only child of John “Jack” Warren Hughes and Lois Hughes, both deceased, John was raised in Lancaster, Pennsylvania and was  graduated from Manheim Township High School.  John attended the United States Military Academy at West Point and Franklin and Marshall College, and was graduated from Parsons School of Design in New York City.

John pursued a very successful career as a renowned interior designer in New York City working for his good friend Kenneth Walker of Kenneth Walker and Associates, and later with Ken in the design firm Walker and Hughes.  John’s interior designs have been published in books and magazines, as well as published locally in Lancaster County Magazine.  He designed for celebrities and dignitaries in New York and was especially proud of his work showcased in the annual New York Kips Bay Decorator Show House supporting the Kips Bay Boys and Girls Club.   John’s 1985 Kips Bay room design was featured in the 2015 publication “40 Years of Fabulous” with commentary by New York interior designer Jamie Drake, a longtime friend and Parson’s colleague.

In the 1990s John returned to his Lancaster County roots to pursue his passion for himself and his client’s best interests.  John was a master of color, fabric and interior design. He operated John W. Hughes Interior Design, and the retail store At Home, both in Lancaster City. Accomplished in both residential and commercial design, John’s work included The Belvedere Inn.

Offer Condolence for the family of John W. Hughes