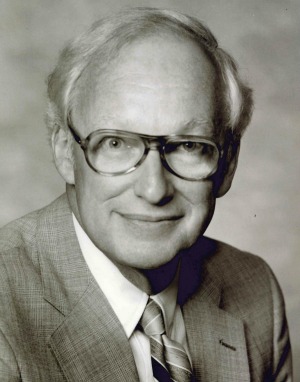 John was born in Mayfield, Kentucky in 1923. His parents, JC Owen and Lydia Owen, raised John and his brother Robert in rural Poplar Bluff, Missouri. John always remembered his father’s friendliness and solid basic values, his mother’s teaching and artistry, and his brother’s broad knowledge. John praised his parents for their loving guidance and for raising him to believe in God, Jesus Christ, and the eternal afterlife.

John arrived in Lancaster in September 1944 and began a long career in industrial and organizational psychology with the Hamilton Watch Company and its successor companies. John retired from Hamilton Watch successor General Defense Corporation in 1988 as Vice President – Human Resources. Thereafter, he continued as a human resources consultant through his own company, Performance Systems International, until he retired at age 78.

John met his wife Marjory, from Martinsburg, West Virginia, on a blind date during their college days. They married in 1946 and soon settled in Grandview Heights. Their three sons remember both of their parents quite fondly. They remember their father John for the guidance and deep love he gave to them throughout their lives.

John had extensive community participation over the years. He had affiliations with Lancaster Chamber of Commerce and Industry, Lancaster Area Arts Council, United Way of Lancaster County, the YMCA, Associates in Downtown Lancaster, National Urban League of Lancaster, and the Lancaster Guidance Clinic.

John was a founding member of Westminster Presbyterian Church.

In his final years, John courageously surrendered much of himself and came to rely upon the many fine health care providers at Calvary Fellowship Homes. He often told us he was very grateful to these individuals for their loving care. We, the sons, fondly recall all of these people.

Offer Condolence for the family of John Owen