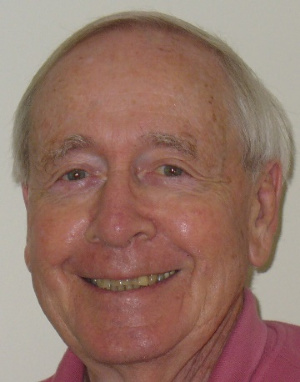 John MacLaren Hatch, 81, of Lancaster passed away after a courageous battle with cancer on May 21st, 2019.  He was the son of the late William and Virginia Richardson Hatch and was born in Bridgeport, Connecticut.  He graduated from Brown University and married the love of his life, Louise, in 1960.

John moved to Lancaster in 1976 as the Director of Purchasing for Howmet Aluminum (now Arconic Mill Products) located on Manheim Pike.

John was President of the Board of Directors at Easter Seal where he introduced the “Buck-A-Cup” and “Rubber Duckie Race” fund raising campaigns to the Lancaster area.  He was presented the “A Brace for an Ace” award by the Pennsylvania Easter Seal Society for outstanding volunteer service in 1982.  John continued to be an active volunteer when the local Easter Seal Society became the Schreiber Pediatric Rehab Center.  He was also a Hospice volunteer and his love of people connected him on a one-to-one basis with the patients he served.  He brought joy into their lives and felt rewarded in return.  He was an active member of Community Fellowship Church where he had served as an elder.

John loved being on the water where he met his future wife, Louise, at a lake resort in the Catskills during their college years.  He worked as a boatman and lifeguard while she was as a waitress.

He is survived by his loving wife Louise and their three sons (Steve, Andrew and John), daughter in-laws (Kim and Astrid) and his grandsons (Kyle, Matthew, Dustin, Colin, Seiji and granddaughter Saya).

“A Celebration of Life” service will be held at Community Fellowship Church, 200 Bethel Dr, Lancaster, PA 17601 on Tuesday, May 28 at 11:00 AM.  Friends may greet the family from 10:00 AM until the time of the service.  There will be a bus service for residents of Homestead Village which will take them to the church.

In lieu of flowers, contributions in John’s memory may be made to the Schreiber Pediatric Rehab Center, 625 Community Way, Lancaster, PA 17603.

Offer Condolence for the family of John M. Hatch