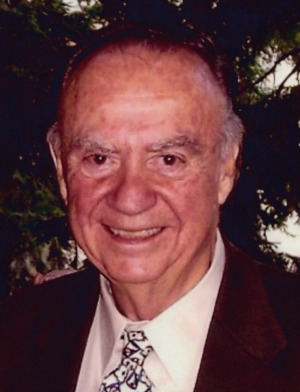 John (Jack) Moscony, age 87, passed away on Sunday March 5th at Lancaster General Hospital, surrounded by his loving family. He was born in Philadelphia, the son of the late John and Mary Moscony.  Jack was devoted to his wife of 60 years, Mary Casey Moscony, who survives him, as well as his sons, John (Carol) of York, PA and Stephen of Lancaster; daughters, Leah Corrigan of Lancaster and Mary Ann Cooke (A.J.) of Landisville.  In addition, he was the loving grandfather of Erin Fiorelli, Laura and, Craig Moscony, Paula Moscony, Vincent Roberts, Dominic Corrigan, Jay, Benjamin and Alexander Cooke. He was the dear brother of the late Charles E. Moscony.  A devout Catholic, he was a member of St. Leo the Great Church.

He came from a musical family.  His father loved Italian opera and encouraged him to take piano lessons in grade school beginning at age 8.  During high school, he studied with a professional teacher.  When he moved to Lancaster, he studied with Earle Echternach and Elizabeth Keller (F & M).  For many years, he participated in recitals at the Wolf Museum of Music and Art.  His favorite composer was Schumann.  During his military service with the US Army in Salzburg, Austria he played in local hotels and guest houses.

He graduated from West Catholic High School (Phila.) in 1946, where he participated with the track team which won the city championship. Following high school, he entered St. Joseph’s University graduating in 1952 with a B.S. in Chemistry. He returned to St. Joseph University and earned a M.S. in Chemistry in 1956.

Jack began a 45-year career at RCA in 1959.  While at RCA he received 23 U.S. patents and was also the recipient of a David Sarnoff Fellowship to attend the University of Pennsylvania where he earned his PhD. in Physical Chemistry in 1965.  While he was studying at U of P he began a lifelong friendship with the late Brother Gregory Claude Demitras F.S.C.

He was a former board member of Lancaster Day Care Center, a former member of Lancaster Country Club, and a past president of the Wolf Museum of Music and Art.  He had a strong interest in 15th century European history, and Christopher Columbus in particular.  In 1992 he, Mary and his daughter, “tracked the enterprise of 1492”.  Besides his many trips abroad for RCA, he and Mary traveled the world, including Egypt, Israel, Poland, France, England and Ireland.

Jack will be missed very much by his family and friends.

The family will receive visitors on Friday, March 10, 2017, at St. Leo the Great Roman Catholic Church, 2427 Marietta Avenue, Lancaster, PA, at 10:30 a.m. with a Mass of Christian Burial following at 11:30 a.m. with the Rev. Peter I. Hahn as Celebrant.  Interment in St. Joseph New Catholic Cemetery.  In lieu of flowers, contributions in John’s memory may be sent to:  Wolf Museum of Music & Art, 423 W Chestnut St, Lancaster, PA 17603.

Offer Condolence for the family of John (Jack) Moscony