You are here: Home / Obituaries / John “Jack” A. Ernst 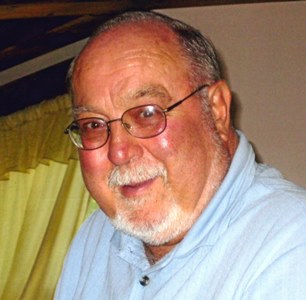 John “Jack” A. Ernst, 82, of Lancaster, passed away on Thursday, August 13, 2015 at Masonic Villages.  He was the loving husband of Karen A. (Reid) Ernst and was preceded in death by his first wife, Marclyn Ernst who passed away in 1983.

Born in Tremont, PA., he was the son of the late James and Mildred (Rumpf) Ernst.

After graduating high school he entered the military where he proudly served in the U.S. Army.

He earned his undergraduate Degree from Millersville University then a Master’s Degree from Temple University.  He spent much of his career as an educator where he served as principal for 30 years.

In addition to his wife Karen, he is survived by a daughter Jennifer Wilson (wife of Mark), a son John Ernst (husband of Kim); Step-children, Gayle Robbins-Hogg (wife of Chip), Keith Robbins (husband of Sarah), and Kristina Robbins-Higgins (wife of Nick); 12 grandchildren and 1 great grandchild.  He is also survived by a brother Jay Mumper.  He was preceded in death by a brother, Bob Mumper.

Relatives and friends are respectfully invited to attend a Memorial Service at Holy Spirit Lutheran Church, 3131 Columbia Ave, Lancaster, PA 17603 on Saturday, August 29, 2015 at 11:00 AM with the Rev. Clifton D. Eshbach and the Rev. Thomas W. Rundell officiating.  Friends may greet the family on Saturday at the church from 9:00 AM until the time of the service. Interment will be in the church memorial gardens.  Contributions may be made in his memory to Holy Spirit Lutheran Church.

Offer Condolence for the family of John “Jack” A. Ernst