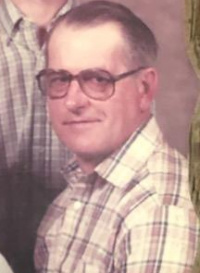 John J. Good 82, of Columbia, passed away peacefully, on Thursday, January 9, 2020 after a long illness. Born in Lancaster, he was the son of the late Walter and Blanche Good. John was the loving husband of Margaret Rose (Williams) Good and they observed their 45th wedding anniversary this past August.

John retired in 2006 from West Hempfield Township Road Department, where he had worked for 25 years. Prior to this he was employed by Warfel Bus Service. John enjoyed hunting with his children when they were young and was a jack of all trades who liked tinkering around his home more than anything.

Surviving in addition to his wife, Margaret, is a daughter, Molly Brallier and her husband Scott, of Columbia, two stepsons, Donovan Mann, husband of Rosie of Lancaster and Matthew Mann, hus-band of Heather of Mountville, ten grandchildren and a sister, Blanche Good of Lancaster. Preced-ing him in death are three sisters, Betty Miller, Edith Geibe, and Emma Hess and a brother, Walter Good.

Services are private and at the convenience of the family.

Contributions may be made in John’s memory to your favorite charity.

Offer Condolence for the family of John J. Good