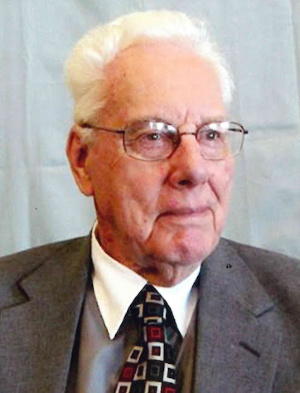 Born January 19, 1924 in Lampeter to the late John Herr Groff and Francis Mylin Groff. He was married to the late Shirley Barr Groff with whom he had three children. She died in 1961. He was also married to Patricia Middleton Groff, who died in 2009.

John was a graduate of Lampeter School, Lampeter. After graduation he joined the US Navy which he proudly served his country during WWII. After the war he pursued a career as a Contractor / Builder / Developer. He and his wife Patricia owned property in Bethany Beach Del. where they loved to vacation. They especially enjoyed time at the beach with friends and family.

The family would like to extend their appreciation to Dr. Richard Frey D.O. and staff at Arbor View for their excellent care and support.

Contributions can be made in John’s memory to www.woundedwarrier/project.org or Harvest Presbyterian Church 517 Beaver Valley Pike Lancaster, Pa. 17602.

There will be a Celebration of Life Gathering at a later date at the convenience of the family.

Offer Condolence for the family of John Henry Groff