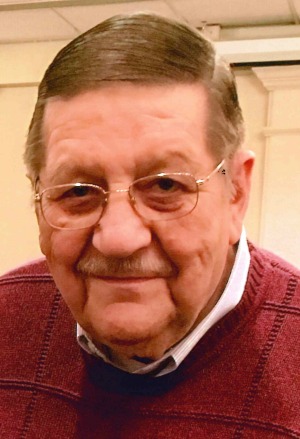 John H. Snyder, 85, of Landis Homes, died on Tuesday, September 4, 2018, at Lancaster General Hospital.  He was the husband of Elizabeth (Canning) Snyder.

John was born in Lebanon, PA to Raymond M. and Grace A. (Blouch) Snyder.

He was a graduate of Lebanon Senior High School and a graduate of Rider College, Lawrenceville N.J.  He served in the U.S. Navy stationed in Portsmouth, VA.

John was a member of Salem E.R. Church, Hellers.

He retired as the Executive Director of Lancaster Area Sewer Authority.

He was predeceased by his first wife, Janet L. Snyder, a brother, Raymond and a sister, Christine.

Relatives and friends are respectfully invited to attend a memorial service at Salem E.R. Church, 2555 Horseshoe Road, Lancaster, PA  17601 on Saturday, September 8, 2018 at 11:00 with the Rev. Bruce Tully officiating.  Calling Hours prior to the service will be 10:00-11:00.  Interment will follow the service.  In lieu of flowers, contributions in Mr. Snyder’s name may be made to CVCCS Food Bank, 2420 Gehman Ln., Lancaster, PA 17602.

Offer Condolence for the family of John H. Snyder