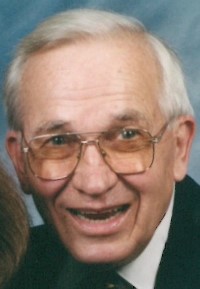 He was a 1945 graduate of Manheim Township High School and a 1951 graduate of Franklin and Marshall College. He served with the United States Army in Italy at the end of World War II.

A lifelong member of the Lutheran Church of the Good Shepherd, he served several terms on Congregation Council and as President of Council, Chairperson of Stewardship Committee, Finance Committee, a member of the church choir, church school teacher, lay assistant and congregation Treasurer for many years.

He was a volunteer at the Pennsylvania Railroad Museum in Strasburg and participated in assisting with Thomas the Tank Train the weeks it came to Strasburg. Trains and travel were his hobbies and he traveled throughout the United States, Canada, Mexico, the Caribbean, Bermuda and the Panama Canal with his family and friends.

The family requests that, in lieu of flowers, memorial contributions in his name may be made to the Lutheran Church of the Good Shepherd at the address above.

Offer Condolence for the family of John H. Luttenberger, Jr.