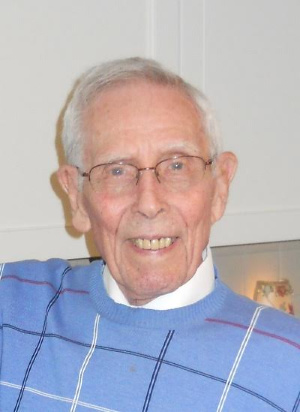 John H. Kadel, 98, of Lititz, passed away on June 22, 2020 at Landis Homes. He was the loving husband of and is survived by Louise Mary (DelleMonache) Kadel to whom he was married for 72 years. A Lancaster native, he was the son of the late Henry and Mabel (Schlough) Kadel and was the brother of the late Catherine Nestel. He graduated from J.P. McCaskey High School in 1939 and The Wharton School of University of Pennsylvania in 1952 with an A. B. Degree in Economics. He was employed by Armstrong World Industries for 28 years and Kerr Glass Manufacturing Corporation for 4 years filling numerous “Controller” positions. He was Vice President and Controller of Woodstream Corporation in Lititz from 1975 until retiring in 1989. He enlisted in the U.S. Coast Guard in 1941 and later transferred to the U.S. Naval Reserve for flight training. He earned his Navy Wings of Gold was designated a Naval Aviator at Pensacola, FL on March 6, 1945, and subsequently flew Torpedo and Dive Bombers. He was fortunate enough to have US Marine Corp Lt. Ted Williams as his flight instructor who he had admired as a professional baseball player for the Boston Red Sox.  He separated from the Service on September 21, 1946.

He was a member of Highland Presbyterian Church, Lodge 43 F & AM, the Scottish Rite Valley of Lancaster and the Valley of Harrisburg. He was active in the Institute of Management Accountants and served as President of the Lancaster Chapter in 1965-66. He was also a National Director in that organization for 2 years. He was active for many years in the Wheatland Tennis Club, was an avid squash player and a member of The Hamilton Club.  He enjoyed golf, boating, waterskiing, bike riding and ping pong.  He was also involved in many swimming activities and collected numerous gold and silver medals in the Lancaster Senior Games in swimming.  He assisted in the Volunteer Income Tax Assistance (VITA) Program for 10 years. He was a member of the General Municipal Authority of Manheim Township.

In addition to his wife, he is survived by a son, Robert K. of Lambertville, NJ., a daughter, Patricia Kadel Maurer, wife of Mark Maurer of Lancaster.  A son Ronald R. of Ukiah, CA, husband of the deceased Deborah D. (Tripp) Kadel, predeceased him.

Offer Condolence for the family of John H. Kadel