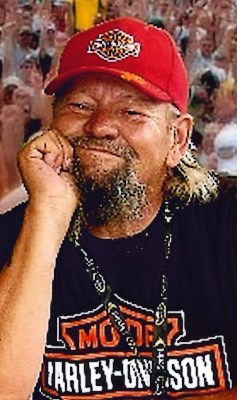 John Forster Welk 65, of Mt. Joy passed away on July 4th, 2015 at Lancaster General Hospital after a brief illness.

Born in Lancaster on  Sept. 29,1949 he was the son of the late John M. Welk and Melanie Forster Welk.

He enjoyed fishing, hunting, farming, NASCAR, Dale Earnhardt Sr. was his all time favorite driver, he enjoyed going to the races as well. Back in the day he raced flat track and liked going to the races. John enjoyed riding his Harley Davidson Motor Cycles. He enjoyed listening to oldies and other music.

John was an avid Classic car collector in his collection he has a 1955 Chevy Belair, 1951 Studebaker Bullet nose, 1951 Studebaker truck, 1970 El’ Camino, 1976 & 2002 Corvettes, 1956 a Packard Clipper. John had a love for his cars enjoyed driving them.  He enjoyed sprint car/ late model racing. John had a great love for animals especially his Doberman “Louie”.

Surviving is his girlfriend Joan Marie Gilgore of Mt. Joy, a sister Shelia Stoll of Mountville, a step daughter Claire Hemperly of Willow Street and 3 nephews; a daughter, Rachel Welk-Smith of Pataskala, OH; and a son, John W. Welk of Willow Street, and 4 grandchildren.

Beside his parents, John was preceded in death by a stepmother Janet L. Welk and by a sister Renate Mitchell.

A Memorial Service will be held on Sat. Aug, 1, 2015 at 11:00am at the Debord  Snyder Funeral Home at 2024 Marietta Ave, Lancaster, PA with the Pastor Dennis F. Woods Officiating. Family and friends will be received one hour prior to the service 10:00-11:00am. The family requests that no colors be worn at the service.  Interment in the Longenecker’s Reformed Mennonite Cemetery.

In lieu of flowers contributions in John’s memory may be made to the Humane League of Lancaster County 2195 Lincoln Highway East, Lancaster, Pa 17602.

Offer Condolence for the family of John F. Welk