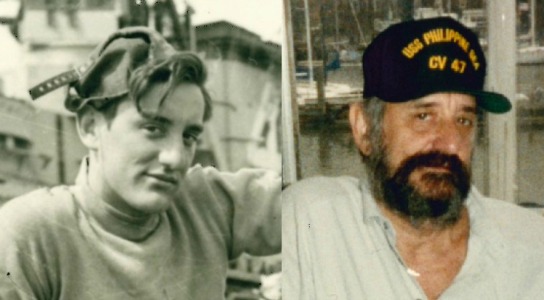 John E. “Jack” Myers, 88, of Lancaster died peacefully from natural causes on Sunday February 18th, 2018 at Conestoga View. Born in Holtwood, PA son of the late Samuel S. Myers and Martha Cromwell Myers he was the loving husband to Mary B. Myers for 65 years. A Korean War veteran, he served in the Navy from 1947 to 1952 aboard the aircraft carrier the USS Philippine Sea, receiving numerous commendations and medals.  He was retired from the former New Holland Machine Company. He was a life member of the Ephrata Elks Club, the New Holland American Legion and the Ephrata VFW.  He was preceded in death by two brothers, Richard and Robert, and two sisters, Dorothy Dunlap and Elizabeth Dewar, as well as two daughters, Diane Burkey and Denise Wright.  In addition to his wife, he is survived by his adopted daughter Donna Thompson (wife of Gary of Mississippi) and his son John E. Jr. (husband of Tina, Narvon).  He was Poppy to ten grandchildren, fourteen great-grandchildren and three great-great-grandchildren.  Relatives and friends are respectfully invited to a memorial service at 10 am on Saturday, February 24th at the DeBord Snyder Funeral Home at 141 E. Orange St, Lancaster. Friends may visit with the family preceding the service beginning at 9 am.  In lieu of flowers, contributions may be made in Jack’s memory to the Wounded Warrior Project, National Processing Center, P.O. Box 758517, Topeka, KS 66675-8517.

Offer Condolence for the family of JOHN E. “JACK” MYERS