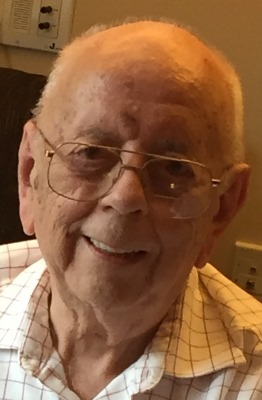 John D. Parker, 85, a resident of the Mennonite Home, passed away on Saturday, October 29, 2016 at Lancaster General Hospital.

He was the husband of the late Joan Merges Parker who died in 2009.  Born in Kulpmont, PA he was the son of the late John D., Sr. and Minnie Bastka Parker.

John was employed as a tool & die maker and machinist and had worked for RCA, Caterpillar and then retired from DuPont.  He served in the U.S. Air Force during the Korean Conflict.  He was a longtime member of the First United Methodist Church in Lancaster.

A Funeral Service will be held on Thursday, November 3, at 11:00 A.M. at the First United Methdist Church, 29 E. Walnut St. , Lancaster, PA.  Friends may call at the church on Thursday from 10:00 A.M. until the time of the service.  Interment with military honors in Laurel Hill Memorial Gardens, Columbia, PA.  If desired, contributions in Mr. Parker’s memory may be made to National Parkinson Foundation, 200 SE 1st Street, Suite 800, Miami, FL 33131.

Offer Condolence for the family of John D. Parker