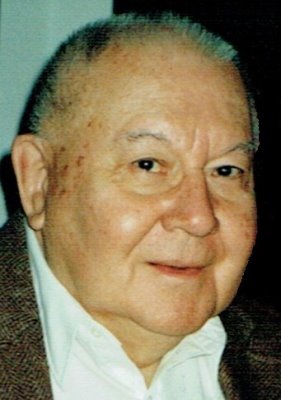 Joe Landis Mumma, 87, went home to his Lord on Monday, November 23, 2015 at the Lancaster General Hospital. Born in Lancaster, Pennsylvania on July 13, 1928, he was the son of the late Eli Landis Mumma and Mildred Kreider Mumma. He was predeceased by his sister June, his only sibling.

He is survived by his loving wife of 59 years, Joyce McCraney Mumma. He is also survived by two sons—Jeffrey Scott Mumma (wife Holly) of Marlton, New Jersey, and Joel Marc Mumma (wife Diane) of Lancaster, Pennsylvania—as well as six grandchildren and five great-grandchildren.

He lived in Landisville and went through the East Hempfield schools, graduating from East Hempfield High School in 1946 as class valedictorian. He graduated from The Pennsylvania State College (now University) in 1950, where he earned a bachelors degree in electrical engineering.

After graduating from college, he worked at the Hamilton Watch Company for two years. He then began his career with the Pennsylvania Power & Light Company (now PPL), where he worked for thirty-eight years until his retirement.

As a teenager he joined the Leacock Presbyterian Church in Paradise, Pennsylvania. During his years there he served as a deacon, as an elder, and taught Sunday School classes for teenagers and for adults for various periods of time.

He became a member of Westminster Presbyterian Church, Lancaster, Pennsylvania, soon after it was organized. He served as an elder and as church treasurer for ten years. The church was very much a part of his life.

He was a Registered Professional Engineer in the Commonwealth of Pennsylvania and a life member of the National Society of Professional Engineers (NSPE) Lincoln Chapter. He was active in IEEE early in his career and attained Senior Member status. He was an avid fan of baseball and Penn State football. His hobbies included photography and electronics. He enjoyed listening to shortwave and other radio broadcasts. He was a lifelong audiophile. In his school days he played the trumpet and sang. He enjoyed music all his life.

A memorial service will be held on Tuesday, December 1, 2015, at the DeBord Snyder Funeral Home at 2024 Marietta Avenue, Lancaster, Pennsylvania (Rohrerstown) at 11:00 AM, with family visitation from 10:00 AM until the time of the service. Interment will be immediately following the service at the Landisville Mennonite Cemetery located at Camp Meeting Road and Church Street in Landisville, Pennsylvania.

In lieu of flowers, memorial contributions can be made in his name to Westminster Presbyterian Church, 2151 Oregon Pike, Lancaster, PA 17601-4604.

Offer Condolence for the family of Joe Landis Mumma